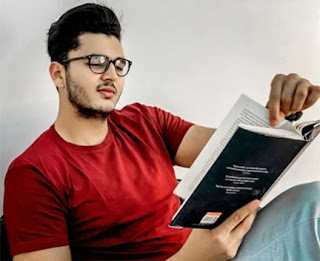 P Se Pyaar F Se Faraar fame Bhavesh Kumar will soon be making his OTT debut with a web series based on the cross-culture marriages called Delhi Weds Haryana. Paired opposite Patiala Babes actress Roshni Sahota, the show will be directed by Saurabh Sharma and produced by Niren Dabas and Sandeep Bhardwaj under their banner Famesky Productions.

Talking about his OTT debut the actor said, “I don’t want to limit myself to just doing films. OTT’s are the new medium and I want to explore these entertainment platforms too. It will be real fun doing this project.” Sharing some tidbits on his character, Bhavesh said, “I am a city bred modern tech freak Delhi boy, who has taken up a career as a wedding planner. Since my family's origin is from Haryana, my parents want me to marry a Haryanvi girl. The show revolves around the issues faced by this Delhi based city boy when he marries a Haryanvi girl and so the title Delhi Weds Haryana.”

The close to 20’s something actor who made a name for himself with his debut film P Se Pyaar F Se Faraar will soon be seen in another film called Hawayein, which has taken up the adventure of a solo trip. The film is how this young boy travels solo across India and in the process discovers himself while exploring the country. The movie is expected to hit the screens soon as its release was delayed because of the on-going pandemic issues.

Delhi Weds Haryana also features renowned actors including Manoj Bakshi, Sunil Chitkara, Sunita Shirole, Ajay Mahendru and Shyam Lal alongwith Shallu Jindal, Subhamita Banerjee, Manya Pathak and Anushka Bhatia. The show, which deals with marriages between two cultures in North India, will go on floors in the third week of October in Jaipur. It will also be shot in and around Delhi and Haryana.