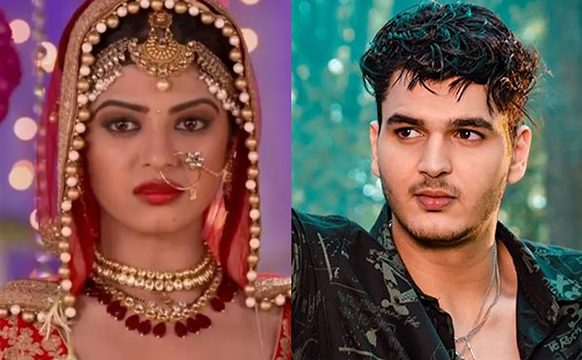 The pandemic has become a boon for SVOD platforms like Netflix, Amazon Prime, Disney Hotstar, SonLiv and ZEE5 as they took over the entertainment industry globally. Gone are the days when one had to wait eagerly for a prime show on television. With the concept of ‘watch them anytime and anywhere’ now, the world has swiftly moved towards online web series. All the leading OTT’s have gained huge popularity only for its finest content and keeping this in mind, Famesky Productions is all set to experiment a novel and interesting concept.

While themes of cross culture marriages between North and South have oft been used, this newest series titled Delhi weds Haryana deals with marriages between two cultures in the north itself. To be directed by Saurabh Sharma and produced by Niren Dabas and Sandeep Bhardwaj, shooting of this interesting series will start rolling in the third week of October in India’s Pink City epitomized by the Hawa Mahal or the majestic Amer Fort. A major part of the shoot is scheduled to happen in and around Delhi and parts of Haryana.

Roshni Sahota who shot to fame with Shakti and Patiala Babes will be paired opposite Bhavesh Kumar who entered Bollywood as a lead in P Se Pyaar F Se Faraar. They will be seen in the lead roles along with Shaloo Jindal, Subhamita Banerjee, Manya Pathak, Anushka Bhatia and supported by star actor Manoj Bakshi who needs no introduction is playing the fufa of the lead. Sunil Chitkara remembered for his work in Bajrangi Bhaijaan and Matru ki Bijlee ka Mandola will play the male lead’s father while Sunita Shirole known for Kaamyaab, Sab Kushal Mangal and Made in China among others will be playing a sharp shooter dadi. Shyam Lal known for his ‘Bhaiyaji Smile’ portrayal in Dabangg will play the male lead’s assistant.

Known for her portrayal of Surbhi in Shakti, Roshni Sahota is playing a Haryanvi lass in this series. “Going through the script, it made me realise just how super the Haryanvi language is. And I’m sure my takiya kalam ‘Gaon ki su, bawli koni’ will surely be as legendary as ‘Mhaari chhoriyaan chhoron se kum hai ke?” Actor Bhavesh Kumar, who made his Bollywood debut with ‘P Se Pyaarr..’, says “I don’t want to limit myself to just doing films. OTT’s are the new medium and I want to explore these entertainment platforms too. It will be real fun doing this project.”

Producer Niren Dabas who has penned this interesting concept and storyline says, “Though Haryanvi humour, characters and dialect are quite popular in Bollywood, yet, most movies revolved only around the khap panchayat themes. Contrasting a glossy, smooth, luxurious city life to the rustic earthy life in the villages, we felt it’s time to showcase our rich culture through this series.”

The casting of this series has been handled by casting director Naren Bansal who says that “It was not a cakewalk trying to bring in a cast that could bring in the authentic Haryanvi flavour to the series.” But given his decade experience in casting for shows like CID, Shapath, Gumraah, Yeh Hai Aashiqui and others, he brought the right blend of actors having auditioned nearly 250 actors for the same.

“I am really excited about this project. The series is high on drama, comedy and romance and has soulful music by B-Sanj,” said director Saurabh Sharma. “I am also happy to have Mohan Das as the Creative Director of this series who brings in his extensive experience and expertise from the world of films to this project. We are currently also in the process of adding few more known names from Bollywood to the project. I can't reveal much at the moment but will keep updating as and when the time comes,” signed off Saurabh Sharma.