YET ANOTHER DEBUTANT ACTOR, ANAND SHARMA IS ALL SET TO MAKE HIS FORAY INTO BOLLYWOOD WITH A YOUTHFUL ZANY FILM “KAR GAYEE CHULL”. A BUNDLE OF TALENT, AANAND SHARMA WHO SECURED HIS DIPLOMA IN FILM ACTING CAUGHT UP WITH SOHAM SIDDHARTH- EDITOR FILMS & TV WORLD OVER A CUP OF COFFEE. 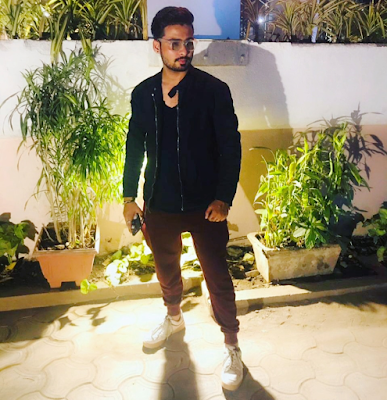 An independent young man for whom the word ‘freedom’ is sacred, Aanand Sharma is a lover of life and acting is an inborn trait with him. As he is all set to make his foray into Bollywood with Kar Gayee Chull a youthful zany movie with a social message at its core, this bundle of talent wishes to see himself as an accomplished actor rather than being called a star. “Yes, I want people to remember me for my work and portrayal of characters that I’ll get to play in my journey,” says Aanand Sharma who secured his Diploma in Film Acting from the widely acclaimed Barry John Acting Studio, where he says “the course is comprehensive, intensive and challenging.”

Aanand Sharma who will be playing a Bihari lad in the film mentioned that the subject of Kar Gayee Chull is different from the usual youngster films that one sees. It will handle a sensitive issue faced by youngsters these days with a pinch of comedy and thrill. Without divulging much detail Aanand went on to say, “It’s a youthful zany film that has a dynamic storyline which most youngsters will associate with. The movie has a very simple plot of five friends, their die-to-death friendship as the film details the ups and downs of their lives as each pursues go through their dreams and fears in the not-always-kind town of Delhi. It will also throw light on a racket that knowingly or unknowingly youngsters get involved in just for the sake of pure thrill. Though it is a youth oriented thriller, yet it carries a social message, which will influence the young generation in a positive way, I hope.”

When asked Money, fame, glamour - what brought him to acting, Aanand says, “Unlike others, I will never say that acting to me happened just by chance. Acting is what I always wanted to do; you can say it’s my passion. I was fond of acting right from the time I started understanding the art and craft. And with time and age it kept growing.” While, normally after graduation, all start hunting for a good job to further their prospects, Aanand pursued the art of acting relentlessly and credits whatever he is today to his wonderful parents, especially to his dad who is supportive of his choice of career and urge him to pursue his dreams.

“My Dad has been my biggest pillar of support throughout. As a kid I always wanted to become an actor and he always supported me in whatever I wanted to do. Even with his friends, colleagues and relatives urged him not to get his son into this industry as it’s not good for outsiders without a godfather, but he still believed in me and kept supporting. Whatever I am today is because of my dad's sacrifices.” 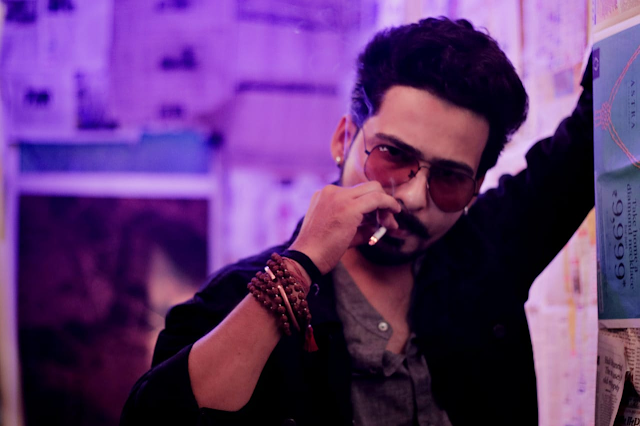 Aanand who has been around on the telly and short film circuit is debuting with this film. When questioned about choosing this film to mark his debut, Aanand says, “I always wanted to debut with a film that projected me with a lot of confidence and my character has that confidence right from the word go in this script.” Aanand who has also trained in voice modulation & Image building by the reputed Acting coach Mr. Saurabh Sachdeva has played the lead in Saavdhan India and Crime Patrol as well as worked in zings ‘Pyar Tune Kya Kiya’. While his fave actor from Hollywood is Tom cruise, in Bollywood his heart is all set on Shahid kapoor & Manoj Bajpayee whom he calls a powerhouse of talent.

Aanand says that he follows just his instincts as he feels it brings out the best quality in him as an actor. “INSTINCT - That’s my personal best quality - and as an actor, the best quality is I'm able to lose all inhibitions in front of the camera. I imagine and experience all kind of feelings and go through emotions that I never knew existed in me. That way, I'm able to get in touch with my sensitive side which is a revelation to me at times,” he says. At present Aanand is all set to go with the flow. “I want to hear a story and if it gives me goose-bumps I will say yes to it. However, the role and the script are of prima facie and of utmost importance. Rest everything is secondary. And of course playing the lead has its own perks.” Saying this Aanand Sharma signed off after providing us an insight into his world and dreams.

We look forward to seeing him on the big screen soon as well on the telly. To infer then, on a personal note: Aanand is a sincere, humble and valiant maverick who is sure to reach his destination soon. I on behalf of Films & TV World wish him all the best in his career.....