Wishing all our readers, advertisers and well wishers..... 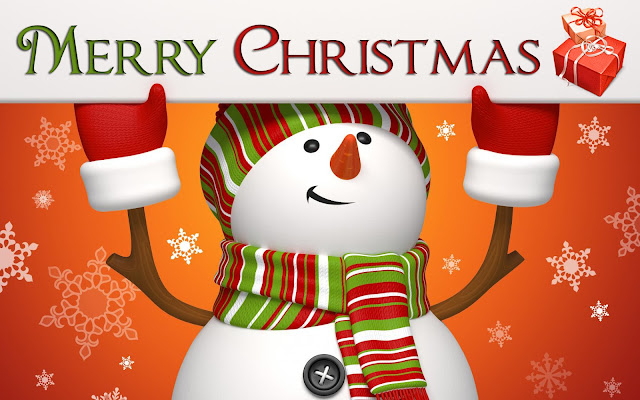 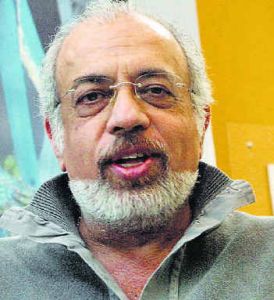 The maker of the best war based films no one can forget his best ever war film in bollywood ‘Border’ Mr. J. P. Dutta is gearing up for another action with two war films of which one will be an international project.

J.P. Dutta is making on an international scale for a global audience. This is inspired by the Battle of Saragarhi fought before the Tirah Campaign on September 12, 1897, when 21 Sikhs of the 36th Sikh of British India defended an army post against 10,000 Afridi and the Orakzai tribesmen in the North-West Frontier Province, now in Pakistan. "Since the story touches on the relationship between the Sikh soldiers and the British officers commanding the battalion, I need a huge British involvement, an international cast and crew. I've spoken to Hugh Dancy, the Hannibal TV star, and Remi Adefarasin, the cinematographer of Shekhar Kapur's Elizabeth and Steven Speilberg's mini-series Band of Brothers. I am in the midst of working on the logistics carefully before I can kickstart this project as it is very big scale. It can only take off after the other film," admitted Dutta. He is frequently visiting UK to lock the actors, supporting actors and the technicians from abroad.

Whereas the other film Dutta sir is working on is about the 1962 Indo-China War which is expected to roll in September in Ladakh and wrap up by November end. The film will feature biggies from the bollywood. The filmmaker says "I make realistic films so I want to stick to the time frame of the real war and shoot in real locations," pointing out that he has three scripts cleared by the Ministry of Defence on the three wars that were fought in '62, '65 and '71.  This film will have biggies of bollywood associated.

Armaan Malik bags Stardust award for best playback singer for 'Main Hoon Hero Tera'. When asked Armaan about how he felt about it, he says: "It has been a dream of mine to be a singer ever since the beginning and now when I'm living this dream, singing some beautiful songs and winning people's hearts with my voice.. It feels totally surreal. To top it all off winning a Best Playback Singer award for  the song Main Hoon Hero Tera - the song that gave me my identity, is another high altogether! Thank you Mom & Dad for all your support and my brother Amaal for having believed in my capabilities from the very beginning. Last but not the least I would like to thank my mentors Salman Khan & Bhushan Kumar for their constant support which has helped me to be whatever I am today."
Posted by Films & TV World at 10:57 PM No comments: 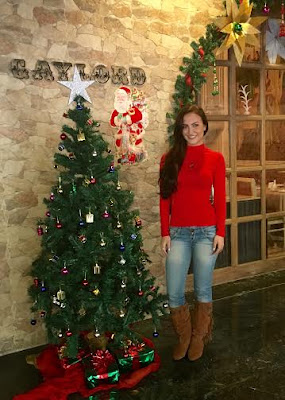 Actress Elli Avram, fresh from the success of Abbas Mastan’s film ‘Kis Kisko Pyaar Karoon’ celebrated Christmas with children from Smile Foundation at Gaylord’s Bake Shop joining the popular heritage restaurant in treating them to a range of delicious goodies while drawing attention to the immense need for increasing support and awareness on the issue of education of the girl child.  The event was an initiative with the Smile Foundation with the intention of helping raise awareness about the importance of educating the girl child and the need of education in every child’s life to help eradicate poverty, ignorance and prejudice.

The Smile Foundation is a national level development organisation directly benefitting over 300,000 children and their families every year, through 158 welfare projects on education, healthcare, livelihood and women empowerment in more than 700 remote villages and slums across 25 states of India. Children, their families and the community become the target group for Smile Foundation's activities as child education cannot be done in isolation and nothing else but education for children can bring long lasting change in society.

Gaylord, established in 1956, a historic destination in itself is a melting pot of various ethnic cuisines. A culinary pit-stop in the heart of South Mumbai, where one can indulge in the delicately prepared North Indian, Mughlai & Continental fare created for the Maharajas and Nawabs.

Gaylord’s, Bake Shop, enchants its visitors with its European bistro charm. For the festive season the bakeshop has a special Christmas menu that includes a delicious array of food such as the X’Mas Medley, Chicken Marina, Baked Aubergine and a variety of hors d’oeuvres, which were on the buffet for the children. In addition, Elli also gifted each child a special souvenir from Sweden which depicted the various celebrations of the country and spent time interacting with the kids.

Speaking at the event Elli said, “Christmas to me is a time for giving and to remember to be grateful for everything you have in life, especially if you have had the privilege of receiving an education. I support the great work that Smile Foundation is doing, especially with respect to the education of the girl child. Christmas is a time for celebration and giving and it is great if we can all open our hearts and support this much needed cause.”

“We at Gaylord support the cause of education of the underprivileged girl child and are happy to host this event and support Elli in bringing Christmas cheer to the children at Smile.” Said Noel D’Souza, General Manager, Gaylord, Mumbai.
Posted by Films & TV World at 10:50 PM No comments: 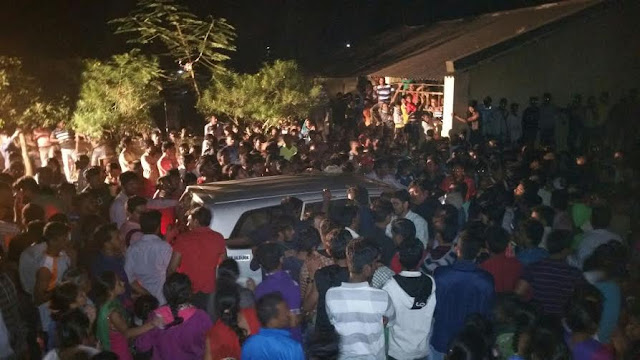 Aishwarya Rai Bachchan who recently started shooting for Omang Kumar’s upcoming biopic ‘Sarbjit’ encountered an unexpected crowd of  300-400 excited fans on the sets of ‘Sarbjit’.  The Bollywood diva who is essaying the role of Dalbir Kaur, Sarbjit’s sister was shooting her first scene at a public place in 3 hrs away from Mumbai. Donned in a complete de-glam avatar, Aishwarya Rai Bachchan couldn't make her way back to the vanity van at the end of the day's shoot as these excited fans wanted autographs and pictures with her and were totally out of control.

According to an insider, initially nobody had an idea that Aishwarya was shooting at that location. Her look was so distinctive from her true personality that even fans couldn’t recognize her but once they discovered that it was Aishwarya Rai Bachchan, fans went berserk and started clicking pictures and videos.

The commotion went out of control when the superstar was heading back to her vanity van after pack up and the large group of crazy fans surrounded her car to just get a glimpse of their favorite actress.  The sudden fan moment soon turned into a startling delay of a five minutes’ drive to a half hour one!  The madness took a halt only when the humble actress requested all her fans to make way for her to leave.

Well as it is said, all's well that end's well Please find below the write up on Sarbjit.

Aishwarya Rai Bachchan who recently started shooting for Omang Kumar’s upcoming biopic ‘Sarbjit’ encountered an unexpected crowd of  300-400 excited fans on the sets of ‘Sarbjit’.  The Bollywood diva who is essaying the role of Dalbir Kaur, Sarbjit’s sister was shooting her first scene at a public place in 3 hrs away from Mumbai. Donned in a complete de-glam avatar, Aishwarya Rai Bachchan couldn't make her way back to the vanity van at the end of the day's shoot as these excited fans wanted autographs and pictures with her and were totally out of control.

Producer Sandeep Singh Quote - "Aishwarya's Stardom is like the warmth of the sun, no doubt everyone there wanted to bask in it. She brings the same warmth to the character, and i can relate to the onlookers who mobbed".
Posted by Films & TV World at 10:42 PM No comments:

Actor Sohail Khan will now bowl maidens over, albeit on a different pitch! Sohail Khan and Parvez Khan, a prominent Dubai-based business tycoon and owner of property developers Pacific Ventures, have roped in Michael Vaughan, one of cricket’s most celebrated batsmen and former Captain of the English cricket team, as Team Director and Player of the Capricorn Commanders, one of the teams that will see action in the T20 Cricket Masters Champions League in Dubai. Vaughan was picked up by the Commanders in the pre-auction bid for the legends and was part of the strategizing unit for the Commanders for the Auction purchases as well. He will also act as the Head Coach of the Capricorn Commanders.

Vaughan will be joined by Usman Afzaal, former England International, as Assistant Coach. The Capricorn Commanders will be competing with five other teams in the tournament billed as the League of the Extraordinary, as competing squads have on their roster some of the sports’ most celebrated superstars.

Making the announcement Parvez Khan, welcoming the duo said, “Michael Vaughan and Usman Afzaal need no introduction in the world of cricket, and by having them play for our team, we hope to continue to share our passion for the sport.” Khan also announced the Capricorn Commanders will soon appoint the team’s Captain and Vice-Captain ahead of the series which will take place from 28th January to 13th February 2016 at the Dubai and Sharjah Cricket Stadiums. 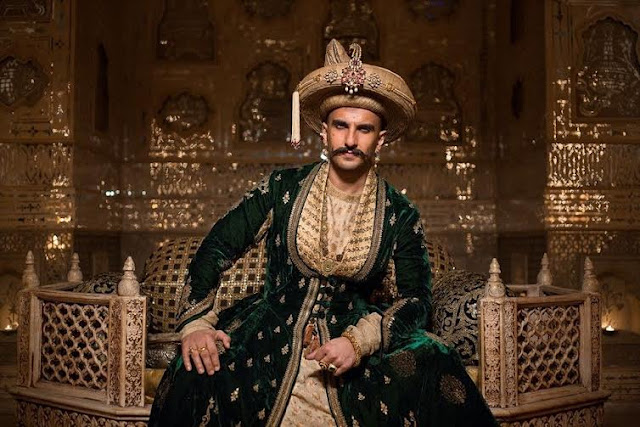 Ranveer Singh's latest historical drama 'Bajirao Mastani' has not only gained critical acclaim but also gathered love and praises from the industry veterans. From Mr Bachchan to Hrithik Roshan, the  industry has been raving and has appreciated his character of a majestic Peshwa warrior. In fact Anil Kapoor compared Ranveer's Bajirao with Russell Crowe's Oscar winning Gladiator performance and what's more, Russell put his stamp of approval on the same by re-tweeting an article from The Indian Express mentioning the same.

Excited about this gesture, Ranveer said, "When Anil Sir mentioned those kind words after watching BajiRao I was really happy as Russell Crowe is someone whose work I have always loved and followed from gladiator to beautiful mind and Cinderella man so it was an honour to and to know he has retweeted what was said is surreal for me and I feel very humbled."