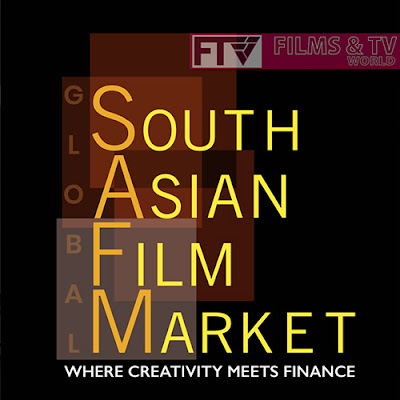 South Asian Film Market (SAFM) welcomes entries from filmmakers from across the globe for its 2021 edition scheduled in November in Abu Dhabi. The submission and short listing process started in April 2021 and runs till 15th June 2021 (late deadline).

Entries are divided into 4 major categories. Eligibility criteria for the respective categories are:

South Asian Film Market (SAFM) is a premiere media industry event for film and web series content creation, finance and distribution. The event celebrates and promotes South Asian culture through the lens of film makers from across the globe.

SAFM has a unique format which brings the filmmaker/producer face-to-face with investors and tangible financing takes place in a relatively short span of time. SAFM team members who comprise of seasoned industry veterans, handhold investors through their possible first investment in movies as an asset class. New to industry investors are also given structured inputs on investing in films via panel discussions with media industry stalwarts on diverse topics related to the global entertainment industry.

“After receiving a scintillating response for the first two editions held in South East Asia, we are thrilled to take the next edition of South Asian Film Market to Abu Dhabi. The South Asian Film Market as a facilitator to filmmakers and the finance sector alike is all set to become an important part of the media industry landscape of the MENA region.” said Parul Singh, Event Director, SAFM.

Since its launch in 2018 in Singapore, SAFM has facilitated the creation of compelling success stories for South Asian content. In its inaugural edition,  two projects found gap funding, one of which was the path breaking sci-fi web series JL50  which released worldwide on Sony Liv and a Tamil language feature film ‘Maadathy’, that garnered critical acclaim at prestigious film festivals around the globe. At the 2019 edition, two more projects were chosen for funding and are currently in pre-production.