A Japanese girl's search in the remote villages of Manipur for her uncle, who was a soldier during World War II, and many more stories that unfold during her journey will be shot on big screen in Manipuri language. To be directed by Mohen Naorem, My Japanese Niece will see Japanese model Yu Asada essaying the role of the girl, also named Asada. It is based on the story of the Japanese soldier who was left behind in Manipur after the war and people still believe he exists. The film will be in Manipuri with English subtitles and later dubbed in Japanese for a release in Japan. The entire film will be shot in the breathtaking locales of Manipur.

Mohen says every year many Japanese come to pay homage to their lost forefathers in Manipur. When Mohen first narrated 23-year-old Asada from Osaka about the project, she was very excited. The story goes that "Asada too visited this time to pay homage to her uncle (her father's elder brother) who was a soldier during WWII. When she was in Manipur, she had a weird dream. Her uncle came in her dream and asked her to visit a village where he had kept some memories. She and her Manipuri guide then search for her uncle's secrets," says Mohen. "Down the memory lane, she hears about a Japanese old man who was living in that village for a long time. He died a few months ago. But Asada finds many secrets, memories and belongings of her uncle as well as documents, unposted letters, artifacts and dairies of soldiers who were lost," added Mohen.

Mohen says, "We plan to start the shoot in October-November once Asada completes her modelling assignments," he says, adding the shoot is expected to be completed in a start to finish schedule. "The crew and other cast will be from Manipur. Besides, Asada, some othere supporting actors will also be from Japan. The expected budget is close to a crore. Special emphasis will be given to post production as we are required to recreate the Imphal of the 40's to recollect few scenes of Japanese soldiers in Manipur," the director says.

According to Mohen, "Our forefathers and those who witnessed the Second World War will never forget the courage of Japanese soldiers. Our grandfathers called the War as Japan War, showing how popular" is Japan in this state.

"After the recent earthquake in Japan, people from Manipur voluntarily came out to donate and the sympathy was also pouring from every Manipuri living abroad. The Japanese government is also helping
Manipur in many ways like offering hospitals and sericulture projects from time to time. It is time to show our love to them."

Mohen says Manipuri filmmakers have been talking with Japanese, Korean and Russian partners for a joint venture project of popularizing regional talents and cinema. "We realised the possibility of strengthening such bonding between Japanese and Manipuris through films and choose the subject of the My Japanese Niece hence," he says.

The recently concluded First Imphal International Short Film Festival held from 15-18 April 2012 at Imphal, Manipur was organised under the aegis Legend Studio Manipur and spearheaded by Mohen Naorem who was also the festival director.
Posted by Films & TV World at 3:28 PM No comments:

Cliff Janke does his Moves and Shakes it too!

Whenever you watched a Bollywood film having a bald English man playing a baddie in it, the actor that comes first to your mind is Bob Christo. We have seen him in umpteen numbers of films playing a small time baddie for a scene or two. And besides him, there have been some other actors who did some insignificant roles here and there for a scene or two, which one does not even remember.  But wait, until we get to see Cliff Janke making his debut with an impact in Janleva 555, the Bollywood film that is all set for release soon.

An American and a doctor by profession, Cliff Janke, has found his foothold on a creative talent - entertainment. And in his very first film he has got to portray his talents to maximum. He plays Steve, a film-maker in the film. And he gets to sing, dance and fight too. Being a part of three songs and dance, Cliff has done his moves and shakes by doing an English rap and also sung a popular English song from a Hindi film. And he says, one will be surprised to see it on, when the film hits the screens soon.

While most of the English men are made to speak Hindi on purpose, in Janleva 555 – Cliff speaks his language – American English and not a single word of Hindi, thus making his character very surreal. Naturally, Cliff has also dubbed for himself in the film, and that makes it very natural to have his own voice from real to that in reel.

And before you guessed that he would be a one film wonder, let us tell you that Cliff is also a part of a bilingual film - Tum Ho Yaara in Hindi and Pani Thuli in Tamil which has Kalpana Pandit and Ganesh Venkataraman. Being made under the banner of House of Pandit and produced by Kalpana Pandit, Janleva 555 is scripted and directed by Sandeep Malani. 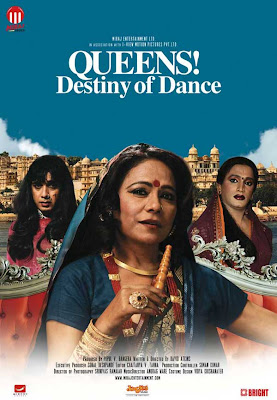 Noted filmmaker Shyam Benegal on Friday announced Kashish 2012 - the third edition of India's biggest queer film festival that focuses on Lesbian, Gay, Bisexual & Transgender films.
"It is marvellous to see how Kashish has grown over the last three years but more important is its mainstream acceptance. Today Kashish has become an important event in the mainstream cultural space in Mumbai," said Benegal, who is the Festival patron and has been associated with Kashish for the last three years. "LGBT persons are still looked on as different and in many societies as criminals. Movies are a great way of communication and breaking these stereotypes," said Benegal at a press conference. Kashish 2012’s trailer was also unveiled at the press conference.

Kashish Mumbai International Queer Film Festival this year will be held between May 23-27, 2012 at two venues - Cinemax Versova in Andheri West and Alliance Francaise at New Marine Lines. The festival will feature 120 films from 30 countries.

Sarita Joshi, the beloved Baa from the popular television serial Baa, Bahu aur Baby and a well-known stage, television and film actress said this was her first time on the stage of Kashish and she was very happy to be associated with the event.  "As an artist, I am here to extend my encouragement and love. At first people were scared even to address members of the LGBT community but now at least they have a name, `Gay’. There is immense lack of awareness and misconceptions in our society about LGBT persons and Kashish is a great medium to address those," said Sarita Joshi, who stars in Bollywood Beats, which will be screened at the festival. 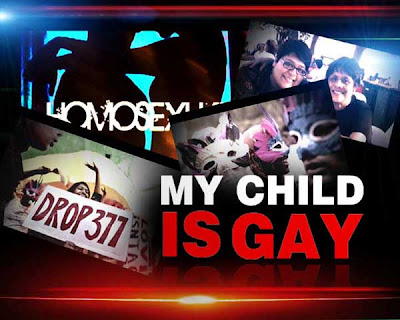 Renuka Sahane said that she was extremely proud to be a part of Kashish. "I have known a lot of people who hold innumerable fears, suspicions and questions about sexual minorities. All these become the roots of aggression. Art can be used as the means to address the root of this problem. I am sure the emotional, thought-provoking and entertaining films at Kashish will touch upon important aspects of lives of LGBT persons and enrich each one who watches it," said Renuka Shahane, remembered as a TV host of Surabhi and Close up Antakshari and her role in the blockbuster film Hum Aapke Hain Kaun.

Parvin Dabas who made his debut in Monsoon Weddings and is also one of the jury members drew a parallel between cinema and sexuality. "Cinema and sexuality are, both, about fighting for your freedom of expression," said Parvin Dabas. He spoke about movie World Unseen, which had screened at Kashish last year. "We need to open people’s mind ‘so that they can see people as people’, apart from their sexuality," said Parvin Dabas.

Mona Ambegaonkar with her exuberant and impregnable voice recited a few lines from the play "Ek Madhav Baug" which deals with a mother coming to terms with her son’s sexuality. "Each one of us is a minority as an individual. Kashish is a buland awaz (strong voice) which dares to ask questions," said Mona Ambegaonkar.

Mayank Shekhar, noted film critic, confessed that when he was asked to watch so many movies of the same genre as a jury member he had feared monotony, boredom and predictability to set in. ``To my surprise, I realized that the theme was irrelevant. Each film was different. They are movies with actual emotions, romance and an enticing storyline. If you replaced the two men with a man and a woman, you wouldn’t even know it’s a queer film,’’ said Mayank Shekhar. According to Mayank, art abets normalisation of our perceptions, makes things seem acceptable. "Cinema is an optimal manner of dealing with issues concerning societal acceptance of sexual minorities," said Mayank. 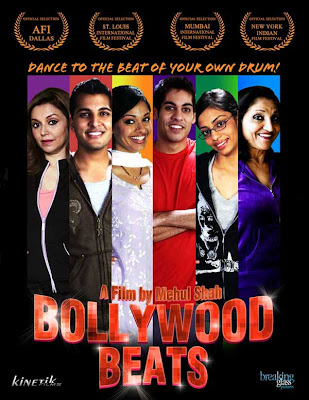 Festival director Sridhar Rangayan said that in its third year Kashish had grown bigger much beyond expectations. "Kashish is an attempt at bringing queer cinema from around the world to Indian audiences, showcasing a genre of movies which generally is inaccessible to the mainstream audience. It also is a platform for Indian filmmakers who make films on queer themes to reach out to a larger audience," said Rangayan. This year the festival received 300 entries from around the world out of which 120 films from 30 countries have been short-listed.

Around 25 % of the films that will be screened are from India, including four regional feature films.

Pallav Patankar, the co-festival director said that Kashish which had its theme of `For Everyone’ this year will screen films not only meant for the LGBT community, but also for their families and friends. He added that over the last three years, Kashish had also started attracting corporate support. ``In our first year over 90 per cent of the funding was from UN agencies. This year 90 per cent of the funds have come from corporate sponsors, and 10 per cent from UN agencies,’’ said Patankar.

Vivek Anand, CEO of Humsafar Trust, which is one of the organisers of the festival along with Solaris Pictures and Bombay Dost, said that the Information and Broadcasting Ministry had given their approval for the festival this year too – the only queer film festival in India to get such permission. ``The film festival is a voice of the LGBT community we are indebted to the system to have allowed us to take it to the masses,’’ said Anand.

The festival will open today May 23, 2012 with the Oscar-winning film Beginners – Christopher Plummer won the 2012 Academy Award for the Best Supporting Actor, besides winning the Golden Globes and Bafta awards. Over the period of next four days, Kashish will showcase films on issues and rights related to the LGBT community and their families. Apart from film screenings, the festival will also feature panel discussions with filmmakers, interaction with celebrities and much more.

Kashish Mumbai International Queer Film Festival is the first and only gay & lesbian film festival in India to be held in a mainstream theatre and the only queer festival to receive clearance from the Ministry of Information and Broadcasting. The festival is organized by Solaris Pictures and Bombay Dost in association with The Humsafar Trust.

Key Highlights for this year will be: