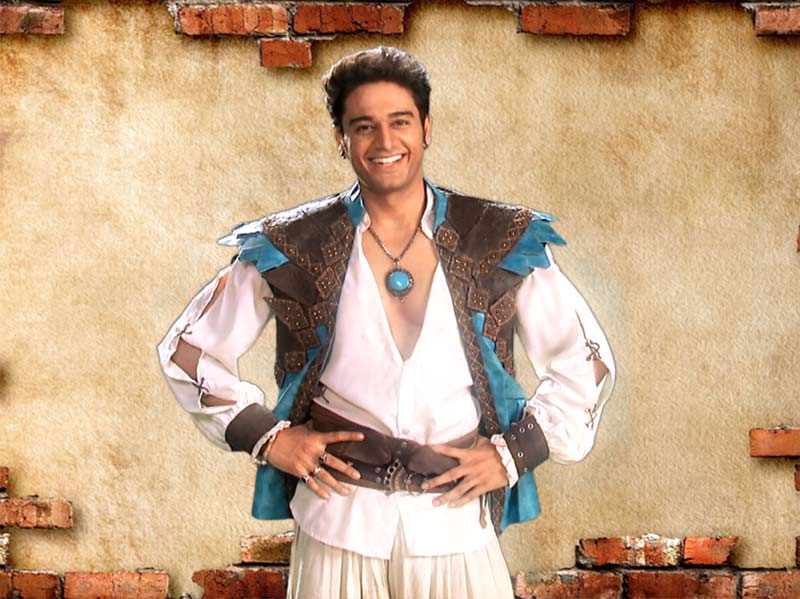 Revamped show will be in line with new channel positioning of providing comedy based edgy and contemporary content, reaching a younger audience of 15+ males

Akbar Birbal renamed as Hazir Jawab Birbal will focus on issues which are powerful, topical and relevant

Big Magic, poised to be the ultimate comedy destination from Reliance Broadcast Network Limited revamps its flagship show Akbar Birbal as Hazir Jawab Birbal, bringing in freshness and innovation with quirky, cutting edge, relatable and youthful content. The channel has roped in popular TV personality Gaurav Khanna to portray the character of Birbal, the protagonist of the show. Launching on 17th August, Hazir Jawab Birbal will air daily from Monday - Friday at 9 pm. Triangle Films will continue as producers and the show will be shot on the gorgeous set which was redone recently.

A strong and powerful character, Birbal will act as an agent of change, a reformist as identified with today’s world, targeting solutions and transparency in governance issues, a strong central character who believes in democratic views and rights. Hazir Jawab Birbal will feature a younger Akbar, who wants to make his own decisions (even if they may be wrong), live life and rule on his own terms. Only one person encourages and allows him to do so - his biggest ally, his biggest critic, his friend, philosopher and guide, Birbal.

In the last one year, Akbar Birbal has grown tremendously and is recognized as BIG Magic’s most renowned shows. Popular for its unique content and stellar star cast, it featured some of the best comedians from the industry like Kiku Sharda, Delnaaz Irani, Vishal Kotian amongst others, who contributed greatly to the show’s popularity and growth.


Elaborating on the new concept of the show, Mr. Paritosh Painter, Network Creative Director, Reliance Broadcast Network Limited said, “In our endeavour to provide fresh new content to our viewers, we have decided to revamp Akbar Birbal, one of our highest rated shows on BIG Magic. Renamed as Hazir Jawab Birbal, this new show will be relatable, fresh, surprising and unpredictable with a high degree of humour. Respected and hugely popular stars like Kiku Sharda, Delnaaz Irani, Vishal Kotian amongst others have made this show iconic and the No. 1 show on the channel. By introducing a new, younger star cast as Gaurav Khanna, our focus will continue to build popular iconic characters which are stand out, quirky and funny.”
Posted by Films & TV World at 5:11 PM