‘Rao’ On Set! Ranveer Renames Himself for “Bajirao Mastani’ 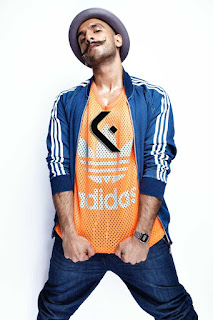 Playing a character in a period drama requires an actor to live and breathe in a different era altogether. It’s because of this that Ranveer Singh is trying unusual ways to ensure that he delivers better than his best as Peshwa Bajirao. One such method is to call him ‘Rao’ instead of Ranveer Singh on set.

In playing Peshwa Bajirao, Ranveer Singh has taken on a once in a lifetime role; that of a fearsome Maratha warrior and a just king who is still remembered in folktales. Lots have been said about his physical & mental preparation for this part.

In order to ensure that he stays focused while shooting, Ranveer has surprised his assistant directors with an odd request. He has asked everyone to call him ‘Rao’ and address him with the name of his character. While his request has let to some good-natured leg pulling on set, Ranveer insists that this be the practice. Says a source, “This helps him stay in character & helps him not be reminded that he is Ranveer Singh. So when he is on set he is fully in character.”

Even while speaking on walkie-talkies, as assistants tend to do while a shoot is on, they call him Rao. So far, this mental shift into this historical character has worked for him, even though it’s not commonly done.

Clearly, Ranveer is pushing himself beyond the call of duty to bring alive the magic & might of ‘Bajirao Mastani’.