It’s time to say "Next year once again" to the festivities of Navratri and Durga Pujo.. 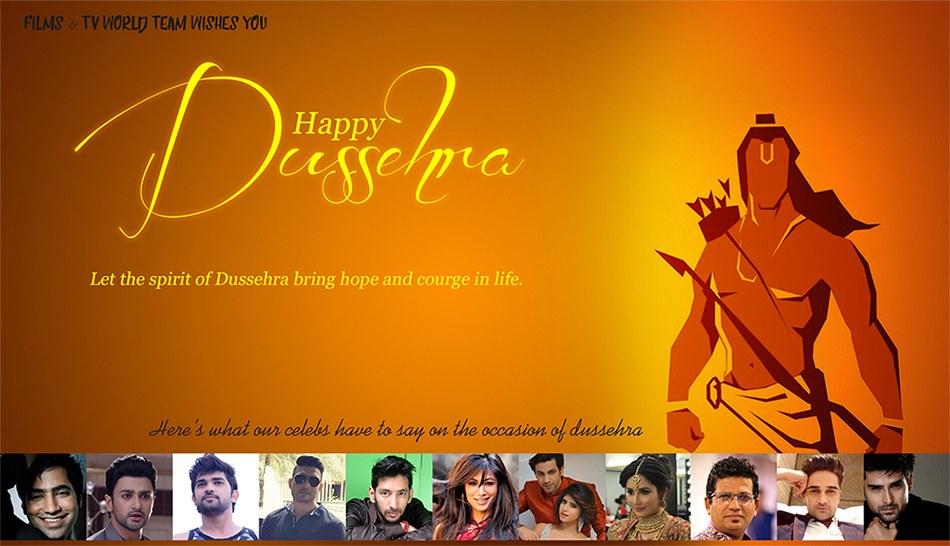 Every year with the advent of autumn, the air is filled with a peculiar joy. It vibrates the arrival of Goddess Durga with the onset of Mahalaya and its time to go in a frenzy mode with Dandiya Raas and Garbas of Navratri everywhere around. The Hindu festival of nine nights dedicated to the glorification of Shakti, the feminine form of the Divine, is celebration time not only for Guajarati’s but is an ensemble of all religions these days. It’s a time to wear colorful costumes and perform a special type of vigorous dance known as garba and or dandiyas.

Come the sixth day of the Navratri and its Durga puja time for all the hardcore Bongs (read Bengalis) who have waited eagerly for the arrival of Maa Durga with her full family regalia. The joy is not only contagious but can be seen everywhere - right from buying of new clothes, shoes, jewelleries and anything and everything that can make one bright and colourful. Even the darkest corners of the city get lightened up at least for these few days before culminating on the 10th day with the festivities of Vijaya Dashami or Dusshera.

While these 10 days are obviously about prayers, rituals, worshipping Maa Durga, playing dandia raas, indulging in festivities and regaling old ties; it is also about celebrating the joy and happiness. As the Navratri and Pujo fever that gripped the Nation comes to an end with Dussehra, one question we couldn’t help but ask “What does Dussehra mean to you?” to some of our celebs and how do they celebrate it.

Well known actor Arfi Lamba who was seen in varied roles from Slumdog Millionaire to Singh is Bling and Fugly says, “Well I have an audition and a look test lined up. Despite really wanting a holiday, it will be a working day for me. I wish everyone that they are able to look within themselves and fight their own demons so as to create a better and happier version of themselves.”

Zee TV’s famous show “Guddan Tumse Na Ho Payega” actor Nishant Singh feels,  “Dussehra, apart from being a cultural festival which preaches the victory of good over evil, is also a great way for every section of the society to come together and be part of something. It's a sense of belonging and happiness for the society as a whole. The smile it brings on the faces of children when they are the effigy of Ravana being burst into flames is priceless. The whole family gets an occasion to shop and decorate their life. The best part is getting that much needed break from the monotony of everyday life and in my case, the shoots.”

Actor Vikrant Krishna whose short film “The Third Human” has won multiple awards at film festivals says that you need to focus on your goals rather on your problems. He adds, “If Lord Rama would had focused only on the 10 heads of Ravana, he would never have succeeded. So Instead of focusing on his multiple heads, Lord Rama simply focussed on the root cause of the problem and aimed at the Naval of Ravana and succeeded in bringing him dow. So this Dussehra instead of focusing on the Problems of life, let's find out that what went wrong and let's make correct efforts to make our life beautiful and our environment peaceful.”

Yeh Rishta Kya Kehlata Hai actor Amal Sehrawat says that he is celebrating Dusshera by killing all the negative traits in him. He adds, “I request all to see people as human beings first and not biased on the basis of religion, sex or any other discrimination. It’s time to burn the Ravana inside you! Only then will you be able to celebrate the victory of good over evil, instead of burning the effigy of Ravana.” Amal was also seen in Ram Gopal Verma's 'Sarkar 3' and in Vikram Bhatt's webseries 'Untouchables'.

Twice Critics award winner for his performance in the short films ‘Kaise?’ which touches the context of #MeToo movement as well as for his performance in ‘Shaque-Off’, Ajay Mahendru says that Dussehra is the festival of celebrating victory over devil. “This is the festival to be celebrated by everyone. We must fight whole year with evil habits, evil power and all adversities and celebrate its victory on Dussehra. If we try to kill all evil things from our life, our future and this world would be a place to live happy and peacefully.”

Ajay who is now in his hometown Delhi is basking in the glory of the awards which he recently got at the Kalasamruddhi International Short Film Festival in Mumbai at the start of this month. He is taking a short break with his family after doing back to back ads, short films and TVCs before starting his next project in Leh which he is tight lipped about. Ajay who was also seen in the award winning feature film “Tikli & Laxmi Bomb” that was released on Netflix adds, “As you try to carve your niche in the glamour and film industry, mostly many cannot make it possible to celebrate it with their families and friends, especially if you happen to have shifted from another city. Since last few months, I haven't been able to meet my family and friends to celebrate the festivals with them. Though this does bring in a bit of dissent, but when your work is appreciated and you are lauded for your efforts, it does motivate you that you can conquer anything if you are fully focused and concentrated. So, be focussed like Lord Ram and you can conquer anything that you set your focus on.

Actress Chitrangda Singh who also voiced her opinions in #metoo about the harassment meted out on the sets of 'Babumoshai Bandookbaaz' was at the Durga Bari Samiti puja where she offered a tray containing a beautiful traditional saree and flowers to the Devi and joined in the Sandhya Puja on Ashtami. Voicing her quote on devi visarjan and dussehra celebrations, she said: “I am happy to visit the Durga Bari Samiti. It is the oldest celebration of this festival in Mumbai, and I am delighted with the fact that the organisation has kept it eco-friendly. We have seen the immense damage after visarjan to our environment and it is wonderful if we can celebrate with care and concern for our surroundings."


Actors Neel Motvani & Vindya Tiwari who are about to tie the knot soon were pretty enthusiastic about this festive occasion. Here is what the couple had to say: “We’d like to wish a very happy and prosperous Dussehra to everyone who has supported and stood by us. This will be our first Dussehra together. This day marks the victory of the good over evil. We see Dussehra as a new beginning and we’ll be doing just that. We’re seeing this day as a positive beginning for the both of us and our journey together. It marks the start of the festive season and we’re looking forward to a lot of celebrations together."


Eminent Fashion Designer Mumtaz Khan says, “I have known Dussehra for its ethical reasons - the win over evil and light conquers the darkness. It's a time for celebration, a time for victory of good over bad, a time when world see the example of power of good. Let us continue the same “true” spirit. Let us not only burn effigies of Ravana and pollute the already venomous environ, but let’s start a great life by conquering all our eternal enemies. Happy Dusshera..!”

Roadies 9 winner and Actor Model Vikas Singh Khokher who has started shoot for his new film “Satrangi” under the banner of Raj Verma Productions removed time from his hectic schedule to wish everyone love and peace on the occasion. "Happy Dusshera to All. Let Love, Peace, Happiness & Harmony always be in your life." He also added to “Choose good over evil. Let your ego, cruelty, lust, greed, anger, jealousy, injustice, selfishness, conceit and attachment are all vanquished by Durga Shakti."


Actor Krishan Khatra ringed in Dussehra on social media as well, “Get rid of the evils to make way for good energy & positivity. Wishing everyone #HappyDussehra. Fill yourself with so much light, that even all that is broken within you glows.”

Yes, while the most eagerly awaited fiesta is nearing its end with #VijayaDashami, one thing that wouldn’t change over the years is your eyes getting moist with the chants of “Aaschhe bochhor, abar hobe! (Next year, once again)” as you wrap nostalgia around your heart and partake in Maa Durga's visarjan. But it’s also time for celebrations, gorging on mishtis and as well, wishing all near and dear ones a #ShubhoBijoya.
Posted by Films & TV World at 12:49 PM