Rajeev Pillai and John Abraham bond over fitness and football 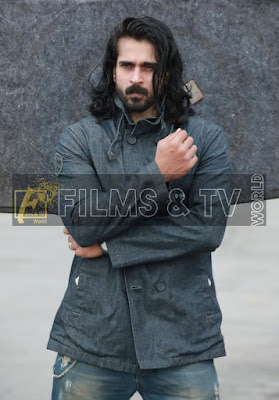 Talented actor Rajeev Pillai who’s journey from Malayalam films to Bollywood, working with South Superstars of Bollywood Superstars, Rajeev is always passionate about his work. After working with Richa Chadda in Shakeela, Rajeev will be soon seen working with superstar John Abraham for the upcoming film Satyameva Jayate 2, along with many other stars for his upcoming movies.

The most important thing that Rajeev loves to do after getting time from his movies is fitness and sports. And that’s the common interest both the actors shared & bonded over during their shooting days of ‘Satyameva Jayate 2. Rajeev and John both are big fans of Football and fitness lovers too. Also John’s native place is Kerala, which is also the home town of Rajeev Pillai.

Sharing the same interest and experience working with John Rajeev says, ”On my first day of the shoot, I went and met him, told him that I grew up watching his films. Also shared about my modelling days. It was during the chit chats, he casually asked me from which part I was. I said I was from Kerala. He immediately took me to our director and introduced me, said, “Ye mere gaav se hain.” From that winsome gesture itself, I understood his love for Kerala and its people. Also John Abraham and I bonded over two things - fitness and football! He is very passionate about fitness and so am I. He owns the NorthEast United FC and is a hardcore football fan. I had played football during my college days and followed the matches very closely. John Abraham is very dedicated towards his work. Be it the action sequences or the normal scenes, he puts in a lot of effort for the perfection of the roles.