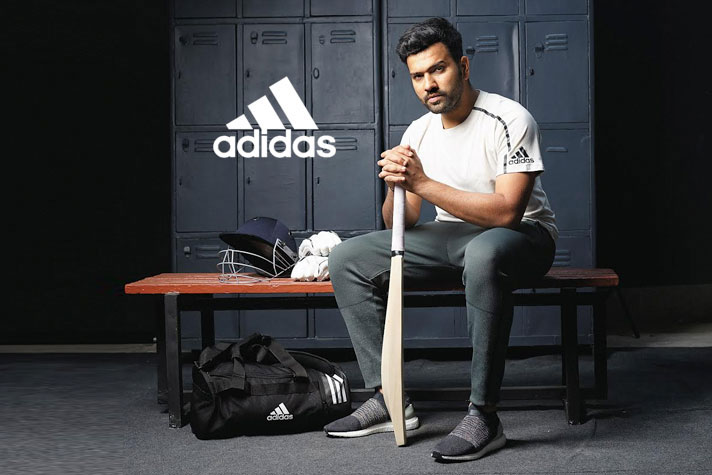 adidas, announced the launch of their campaign #NeverStopCreating. Featuring youth icons and ace Indian cricketers Rohit Sharma, Kuldeep Yadav and Rishabh Pant, the campaign builds on the brand’s belief that creativity never stops, on or off the pitch.

Designed to defy convention and inspire today’s youth to make a difference through creativity, Never Stop Creating is a series of multiple short films and highlights the three athletes celebrating the power of their imagination. While the campaign stays true to the players’ personalities, it showcases how they never miss out on any opportunity to challenge norms and defy convention- having the ability to constantly create under adversity.

The brand believes that creativity never stops and that every person can create a moment of magic with a single unexpected act to inspire others. Timed with the ongoing World Cup, this campaign also highlights adidas’s commitment to cricket and the importance it places on co-creating with Indian cricketers.

On the launch of the campaign Rohit Sharma, said “I’m very glad to be a part of this campaign. It rightly captures the essence of its name and the idea of “never stop creating”. It is to inspire all the young athletes to always believe in the power of imagination and channelize the inner creator to push boundaries and excel continuously to create something new both on and off the field.”

Rishabh Pant, commented “I’m really happy to drive this message of Never Stop Creating. Creativity never stops and athletes need to keep pushing forward through the power of creativity. Once the mind decides, the body follows. And I’m really excited at how the films have come out and hope they bring a smile on to the consumer’s face. ”

Kuldeep Yadav, shared “Not just athletes, this campaign inspires everyone to believe in their imagination. ‘Never Stop Creating’ captures the importance of creativity and the power of imagination in a fun way. It was so much fun shooting this campaign.”

Speaking on the launch of the film, Sharad Singla, Brand Marketing Director, adidas India said “At adidas we believe in the infinite power of creativity. “Never Stop Creating” is a campaign which has been developed keeping in mind this belief and the personalities of the three creators who lead adidas’s voice in cricket. The entire campaign has been focused keeping in mind digital media. It will appeal to creators and the consumers who are hooked online and are seeking fresh and exciting content on their favourite topics and heroes.