Vrinda Dawda back on Yeh Hai Aashiqui : Plays a girl who changes the life of a rugged boy by her goodness 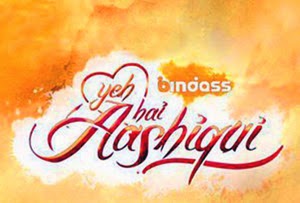 No matter how imperfect and different two people are, love is the only emotion that brings them together, leaving aside their differences. This week, Yeh Hai Aashiqui showcases a tale of two people who are completely opposite and have hatred for each other but, it is love that changes their feelings and lives forever. Popular actress, Vrinda Dawda will be seen playing the female lead – Priya, a young girl, who stands for the college GS elections. With the help of students’ support, Priya contests against Karan, an upcoming politician, who is famous for his bad deeds. The mischievous and ill-mannered Karan is mesmerized by Priya’s goodness and eventually falls in love with her, which changes him as a person.

While talking about her character and the show, Vrinda said, “It’s great to be back on bindass’ Yeh hai Aashiqui and yet again it was a wonderful experience. This time, I was more comfortable even though I was offered a totally different character from the one that I had portrayed before, which really intrigued me. Yeh Hai Aashiqui has always come up with interesting and exiting love stories and I believe that the show has taken bindass to another level. My character in the upcoming episode is of a simple girl. It was quite exciting playing ‘Priya’ and I could relate to her as she fights for her people and cannot bear to see injustice.”

Along with Vrinda Dawda, Puneet Chauhan will be seen as ‘Karan’ and Love Kawatra as ‘Karan’s’ brother on the show which will be hosted by popular television actor, Rithvik Dhanjani who will take the viewers through the entire story.