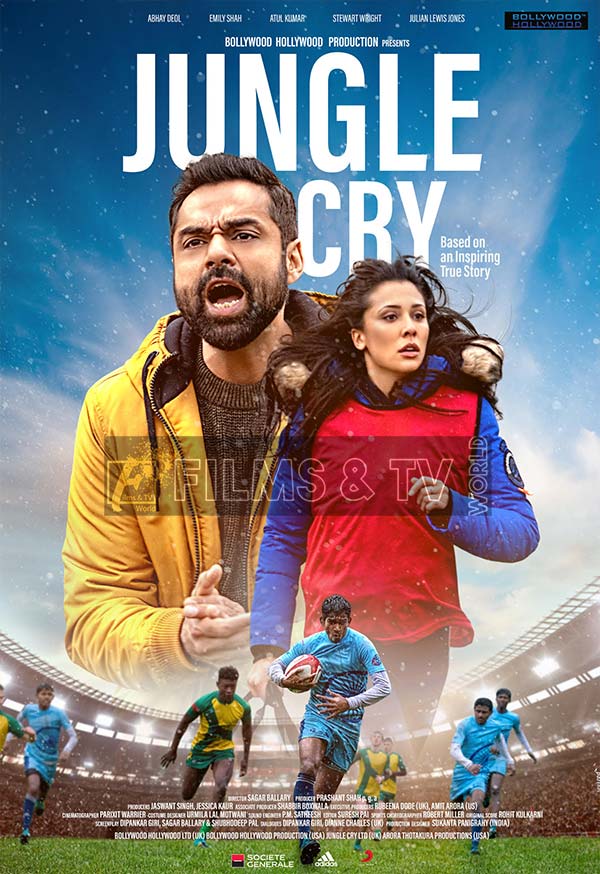 Global sportswear brand, adidas, has partnered with the much-awaited sports biopic Jungle Cry that recently completed filming in India and Wales. ‘Jungle Cry’ will unveil its official trailer and poster at special events during the 72nd Festival de Cannes. Based on the lives of 12 underprivileged children from the Kalinga Institute of Social Sciences in Orissa, ‘Jungle Cry’ follows their triumphant journey to the International Junior Rugby Tournament held in England in 2007.

adidas, a company that started off with a core vision to support athletes, has always been true to its positioning that is highlighted by the Adidas slogan, “Impossible is Nothing.” The film also takes us through the journey of an underdog team comprising of 12 orphan kids who played sport bare feet, went on to win the Junior Rugby Tournament thus establishing that impossible is nothing.

Leading actor Abhay Deol comments, “Adidas has always been one of my favorite brands. Having the boys and us don Adidas gear was indeed a treat! I fondly remember the boys being very excited to lace up. This is the very spirit of the original underdog teenage tribal heroes from Odisha who won the Rugby World Cup against South Africa... I can also say that the same belief holds true for the kids facing the cameras in Jungle Cry.

Emily Shah, playing the part of Physio, in the film comments, “It has really been a great association. The brand also seamlessly marries into the narrative of the film. The true champion isn’t always the winner but the team with the most guts and right strategy. Our story doesn’t define us, our journey does. Being involved in a male dominated sport does take guts and it is a part of my character’s story. The respect and dedication she has to the boys is part of her journey. I strongly believe in Impossible is Nothing.”

Societe Generale and rugby: a great story that started 30 years ago which continues today. Rugby embodies the values of Societe Generale’s DNA, such as team spirit or commitment has partnered with Jungle Cry. Scheduled to be screened at the Tokyo, Japan Rugby World Cup 2019, Jungle Cry is produced under Bollywood Hollywood Production and producer Prashant Shah and directed by Sagar Ballary. The original Soundtrack and Music will be distributed worldwide by global music giant Sony Music.