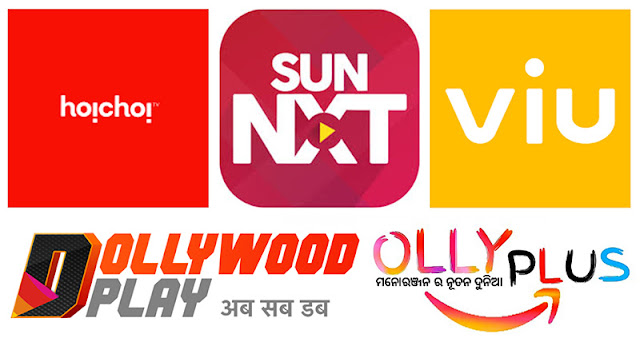 It is obvious that the majority of the audience nowadays are dependent on OTT platforms for quality entertainment. The OTT penetration has doubled now in the TeirII and Tier III markets. Within these markets, regional content is gaining momentum and attracting more viewers towards OTT platforms. While the future of OTT is bright, the competition is getting fierce and the market has gradually become the survival of the fittest. To cater to the tremendous demand for regional content from the audience, here are 5 regional OTT platforms that are creating a wave in today’s world.

Hoichoi :  This on-demand platform focuses on Bengali language films and entertainment content mainly, but with English subtitles for a wider audience acceptance. Currently, it features over 500 film titles, including more than 100 SVF produced films and about 400 other films. Hoichoi also contains more than 1,000 Bengali songs for audio streaming globally. The platform is also introducing children's content, and has original films, web series and short films across many genres.

Sun Nxt : An Indian video on demand service run by Sun TV Network, it was launched with content in four major South Indian languages. Available free on Vodafone Play, Jio Cinema, and Airtel Xstream, the platform's subscriber base grew to about 15 million users and started making profit just before the pandemic which has now increased exponentially.

Olly Plus :  Launched this year in 2020, by SK Line Productions, Olly Plus is Odisha's new online Odia OTT platform where one can enjoy unlimited Odia Videos, Albums, Movies, Comedy Videos, Short Films, Audio Storys and Romantic videos on the go. Olly Plus has passionate plans to take the Cinema of Odisha to newer heights.