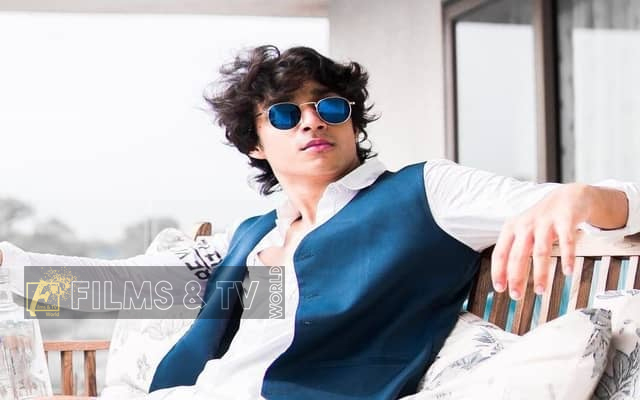 Singer-lyricist and social media content creator Tanzeel Khan released his fifth original song, ‘Nachdi tu’ on 21st December 2020 featuring social media influencer Unnati Malharkar. Nachdi Tu will make Tanzeel’s fans groove on its peppy beats. The songs composed in the past by Tanzeel devoted to love, care and trust, but for the very first time, he came up with a peppier composition to ensure that no one can sit straight when ‘Nachdi tu’ plays. The song was launched on the creator’s Youtube channel and choreographed by one of his closest friends and social media influencer Unnati Malharkar who is known for her dance video on her youtube channel and has thousands of followers on instagram.

Since the launch, Nachdi Tu has been receiving a lot of love from the audience. The song has already crossed more than 8 lakh views and 123k likes on youtube and is trending on social media channels as well. Tanzeel and Unnati are managed by NOFILTR Group, India's first influencer incubators with more than 50 content creators exclusively signed with the company.

‘Nachdi tu’ is Tanzeel’s fifth original composition. The beats of the songs will make you forget everything with its soothing melody. A popular Instagram and YouTube content creator Tanzeel’s first song, Dilli Ki Ladki, released in March 2020 has garnered nearly 7.8 million views on his YouTube channel. Speaking about the song, Tanzeel said, “I am very excited for the song and already overwhelming by the response received by the public. I tried my best to put all my efforts and determination to get the peppier song which I have never tried before. I believe that this song will be counted as one of the best dance songs in the 2020 list. Unnati also choreographed and got her best moves in the song and I really enjoyed working with her.”

Being a big Bollywood fan, he entered the world of TikTok in 2016 as an aspiring model and actor. As of today, his expressions, dialogue delivery and flamboyance in his content is rare and hard to match. The journey of the jaunty young man started as an Automobile Engineer because of his passion for cars. Soon after he started his journey as a content creator, Tanzeel discovered his love and talent for singing. Since March 2020, Tanzeel has released four songs and has a few more in the pipeline. With 312K+ subscribers on YouTube and 592K+ followers on Instagram, Tanzeel’s fanbase is steadily growing every day.

Excited about being a part of Tanzeel’s latest track, Unnati said, “Tanzeel and I are good friends and working with him was such a pleasure and fun at the same time. He is an amazing singer and I am looking forward to the success of the release. I’m very excited to see the audience reaction to ‘ Nachdi Tu’. So far, they have been our greatest support and I will continue to entertain them with such exciting projects.”

In a world where 'Content is King', NOFILTR.Group is a social media label that primarily incubates young talent by giving them creative and resourceful direction. Through the plethora of influencers and brands that they collaborate with, they intend on creating a growing community network that facilitates personal expression and intriguing content. NOFILTR.Group connects the brand to the influencer, and the influencer to the world at large by offering a wide array of services which includes, personal branding, content creation and curation, influencer marketing and brand collaborations, campaign design along with campaign execution and analysis.