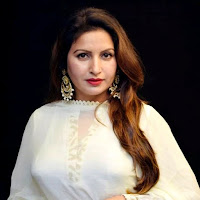 BJP leader Sonali Phogat has picked up pace after her first week in the Big Boss 14 house. She was seen involving in fight with Rahul Vaidya, Rubina Dilaik and Nikki Tamboli and others. The actress turned politician has proved everyone in the house that she is indeed a good leader as her raising concern on few important decisions in the house like cleaning of luggage area was being appreciated by all the contestants and television celebrities outside the Big Boss house.

In an unseen undekha video, Sonali Phogat can be seen having conversation with Abhinav Shukla, Rubina Dilaik, Rakhi Sawant and Nikki Tamboli about  how her late husband wished Sonali to be in the Big Boss house. Latter also says initially her husband was totally against of acting and Big Boss. But after watching Big Boss for 4-5 consecutive years, he himself asked Sonali to do Big Boss and experience the journey.

Later, Abhinav Shukla can be seen saying “dekho kya kamaal ki baat khi hai apne, pehle vo bolte the ye kya show hai, iske ladayi jhagda hota hai. But when when he saw the show then he himself asked Sonali that you should go.”

Sonali and Abhinav discuss how the show Big Boss teach us many lesson and that too for like time. Later Sonali says “her husband never used to miss any episode after he started liking the show”