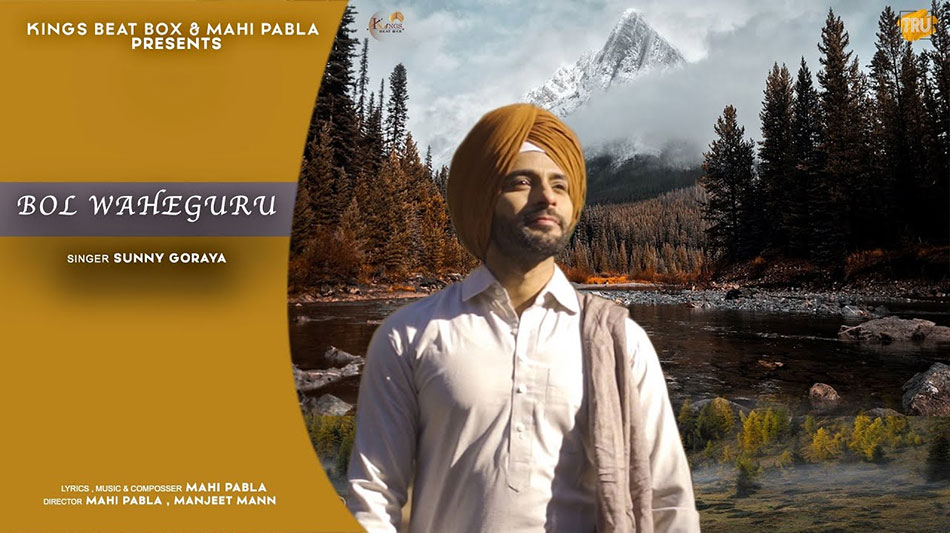 While the world was cooped up indoors during the pandemic and busy bingeing on series and films, Sunny was all looking forward to cut his next single. And as soon as the covid lockdown was a bit relaxed, this charming actor recorded and shot his next single Bol Waheguru that was released today.

Speaking about his birthday and the launch of this song, Sunny says, “My phone hasn't stopped ringing. Lots of messages on whatsapp and other social media have been making its rounds wishing me a very Happy Birthday and also for my song. I am overwhelmed with my fans love and adulation. It’s their love that has helped me reach here today," cheered this birthday boy over phone.

While many languish and struggle to make a mark as a singing artist, instead, Sunny’s accomplished debut Yaad brought him widespread acclaim. It not only met with a huge response with the audiences, but even with juries as it went on to bag a couple of awards at film festivals. “Something about his voice is mesmerising. There's a realistic quality to it that just feels comforting,” said one of the juries at Everest International Film Festival.

Written and composed by Mahi Pabla, Bol Waheguru is brought to you by Mahi Pabla & Kings Beat Box in the golden voice of Sunny Goraya and wonderfully shot by Varun Sharma. Speaking about “Bol Waheguru” that coincided with his birthday, Lohri and Makar Sankranti, Sunny says” “Spiritually this is a deep dive into identity, definition and self. Musically, it's experimental and exploratory.”

No sooner the video was released on YouTube, fans have been pouring out their love. One of the fans Harshit Singh wrote, “The music is soulful, the rendition is raw, real, and captivating and the video is absolutely terrific.” Swapna Bist commented “This is so good 😊 Had goosebumps while listening to this.. Keep it up and make some more beautiful songs 😇good luck and a very Happy Happy Birthday to you.” Same time Varun Bhatnagar was all praise for this beautiful song. He commented, “Waheguru - Such a sweet and enlightening song toward peaceful environment and actually connecting our soul to God.... U have lovely voice keep the good work bro and all the very best...”

We at Films & TV World are sure that his fans adulation coupled with his versatility will be much acclaimed when the audience will see him singing and performing pole-apart roles in his career. Films & TV World team too wishes the handsome actor a very Happy Birthday.

You can watch this wonderful song here...