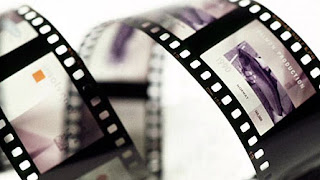 The Central Board of Film Certification along with Confederation of Indian Industry is all set to hold a full day Interactive Session on Cinema and Certification at Hotel J W Marriott, Juhu, Mumbai tomorrow the 14th June. The interactive session will be started with Welcome Remarks by Amit Khanna, Chairman, CII National Committee on Media & Entertainment and Chairman, Reliance Entertainment. It will be followed by a Theme Address by Ms Leela Samson, the Chairperson of the Central Board of Film Certification. Along with eminent film personalities, Hon’ble Prithviraj Chavanji, Chief Minister, Government of Maharashtra will also address the session as the Chief Guest.
Indian Films have played a major role in shaping the future of the society. Movies influence thoughts and action and assure high degree of attention and retention. Certification standards have thus been put in place but with substantial allowance for freedom of expression leaving a vast area for creative art to interpret life and society. The first session “Samman: Respecting Sensibilities” aims to deliberate on respecting these very sensibilities of an artist, as well as that of the society and is woven around this theme. This session will be started with a keynote address by Eminent Film Director & Producer Yash Chopra and moderated by Eminent Film Maker Shyam Benegal. On the panel will be eminent film personalities and other dignitaries that include President of The Film & Television Producers Guild of India Ramesh Sippy, Writer-Director Rakeysh Omprakash Mehra, Eminent Film Maker Rituparno Ghosh, Documentary Film maker Anand Patwardhan, Telugu Film Maker Sekhar Kammula and Gita Siddhartha, the President of the Indian Council for Child Welfare (ICCW).

Post lunch, the 2nd Session will discuss on the theme “Sopaan: Future Challenges: Cinema and Certification”. In this session, Amit Khanna will address the Keynote speech. Amit Khanna will also address how Film Certification in today’s times is not a set of commands but is also responsive to social changes as film makers lend a larger canvas to their films. They do not fight shy of adventuring into bold and controversial themes. What is today, is what film makers have thought yesterday. This discussion on Indian Cinema taking a big leap forward will be moderated by ace Ad Film Maker & Founder of Genesis Film Production Prahlad Kakkar. Eminent Actor Shabana Azmi will deliver the Special Address on the issue of Future Challenges: Cinema and Certification. The panelists for the 2nd session will include eminent film personalities and other dignitaries like Eminent Film Maker Mahesh Bhatt and Anurag Kashyap, Rishi Raj Singh from Indian Police Service, Dr. Anjali Monterio, Social Scientist & Professor, Tata Institute of Social Sciences, , , Motion Picture Dist. Association (India), Film Maker & Conservationist Mike Pandey as well as Ira Bhaskar, Associate Professor - Cinema Studies, JNU. This Interactive Session on Cinema and Certification will conclude with a Question & Answer Session.
Posted by Films & TV World at 3:03 PM