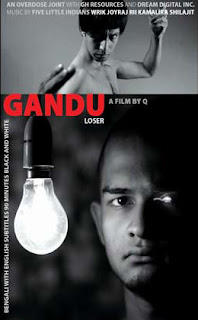 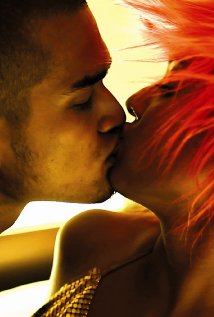 
The 25-day festival, which was held from May 19 till June 12, 2011, featured over 450 films from more than 70 countries. "We chose to give the prize to a movie that bowled us over with its kinetic, brash humor and style-hoping dexterity, a portrait of tortured youth that refreshingly pokes fun at adolescent self-centeredness while simultaneously exploring the anger, despondency and malaise of a generation," the jury was quoted as saying on the Seattle International Film Festival website.
Qaushiq Mukherjee, who walked away with the cash prize of $ 2,500 for his self-proclaimed anti-Bollywood adventure 'Gandu' says that his film is not only a revolution for Bengali cinema but for Indian films in general as he has cut away the Bollywood stereotypes, trading the romance and gloss for graphic sexuality in monotones to give us a 'risky post-modern third act'. After working in advertising for more than a decade and having directed over 50 commercials, "Q" is known for his progressive experimental films such as 'Love in India', 'Bishh' and now 'Gandu'.
Posted by Films & TV World at 9:53 PM