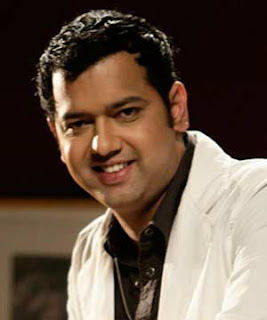 Basking on the success of Ya Valnavaar and Aflatoon on ETV Marathi, Cell 18, India leading creative production house has announced its new show Perfect Bachelor on ETV Marathi. It will be a reality show which will hunt down Maharashtra’s most eligible bachelor based on good looks and talent.
The show will be hosted by Bigg Boss fame Rahul Mahajan who himself had in the past undergone the same kinda popular reality Swayamvar and is now keenly hosting one on similar lines. Rahul has also judged a kid comedy reality show ‘Chote Miyan’ on a leading Hindi GEC in the past.
The show will have twelve contenders vying for the position of Perfect Bachelor. The candidates will be made to live in a large house and will be given tasks to perform on which they will be judged. Four girls will also live with them in the same house. Each girl will embody different qualities that make up attractive women. These four girls will live in a huge room close to the boys’ dormitory.
Elaborating on the concept of the show Zubin Driver, Group Creative Director, Network 18 Group & CEO, Cell 18 said, “Ever since Cell18 entered in television production we have constantly tried to offer viewers newer concepts which have never been brought to Marathi television before. As a reality show format, there is no similar show thus far in India similar to Perfect Bachelor. The show relies on allowing audiences to vote for the most eligible bachelor. I am confident that audiences will be engaged with Perfect Bachelor.”
Commenting on Rahul Mahajan as host of the show, Mr. Driver further added, “Rahul is well known face on television and blends well with the concept of the show. He is an ideal choice for us as the audiences like him and connect to him easily.”
Cell 18 has approached names like Neha Pendse, Sai Lokur and Shruti Marathe as judges for the show. The show has been adopted by the Cell18 team and will be supervised by Harish Tiwari & Zubin Driver. Perfect Bachelor is expected to go on air by end of December and will be a bi-weekly show.
Posted by Films & TV World at 7:29 AM