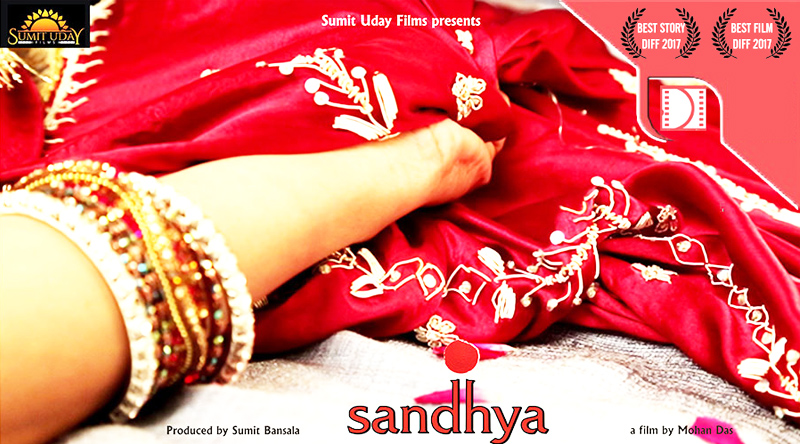 It seemed to be the perfect evening (29th January 2017) for team Sandhya - An Awakening at Lalit Narayan Mithila University, Darbhanga where the 4th edition of the Darbhanga International Film Festival 2017 was being held. The short fiction directed by Mohan Das was not only adjudged the Best Film in the shorts category, but it went to bag the Best Story award too. While Sumit Bansala, the producer of the film went on stage to receive the Best Film award, Mohan Das took a bow for the Best Story along with his producer. 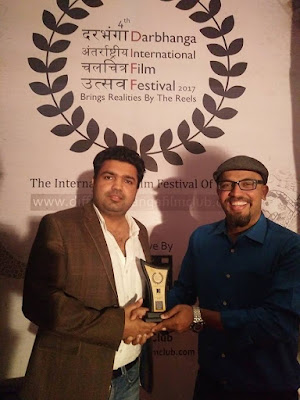 “It’s a great feeling to have won not one but two awards - Best Film and Best Story for the very first production under our banner Sumit Uday Films. Though I was pretty sure that the film would fetch us awards, still I was keeping my fingers crossed. I am grateful to the jury of DIFF for the awards,” said Sumit Bansala. “I still remember the first time I had heard the story of Sandhya and I had decided then itself that I would be doing the film. The story is jointly written by Suren Kakkar and Mohan Das (who also directed the film) and focuses the status of women in a patriarchal village society. It also bears resemblance to real-life instances of gender imbalance and economics, fraternal polyandry, bride buying and rape in remote parts of rural India.”

Director Mohan Das who is also credited with the Best Story award says, "It will come across as a shocker to those traditional Indian audiences who have grown up on the staple diet of sugar-coated romances and feel-good cinema. You ought to have a strong stomach to absorb a film like Sandhya. With this film, we wanted to examine the emotional and psychological impact of a girl in a village society where in the garb of rituals and traditions, fraternal polyandry is a norm with the social pillars even supporting it.” 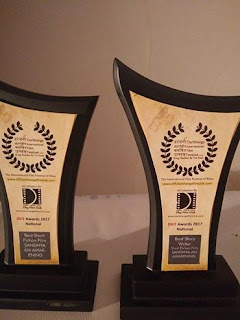 Sumit Bansala says that Sandhya is an awaited treat in store for all those who love cinema for a cause. “While Indian weddings are a beautiful, soulful affair, filled with ancient traditions and rituals which claim to bond the husband and wife, there are still some traditions that are dated. Keeping up with the times, such wedding traditions and cultures should be done away with as some of these sexist traditions may scar a girl’s mind for life. By showcasing the cause of worry of such sexist traditions, the film will be an inspirational story of how a single girl fights against such societal norms to get herself justice,” added Sumit.

The film have been shot at real time locations in Meerut, Mawana, Nangla Jamalpur, Deobandh and other parts of western Uttar Pradesh. Though this story is fictional, it is based on many of the incidents reported in main stream media. Also the central plot of the film is in sync with the recently enforced “Beti Bachao Beti Padhao” movement.

Mohan Das adds: “To jolt one out of his or her senses, Sandhya is going to make one think as there is nothing intrinsic linking any religion with any act of violence. Evoking a wide variety of emotions - anger, rage, antipathy, disgust, abhorrence, revulsion as well as anxiety, Sandhya is also an eye opener to those who are willing to fight the system and ban the practice. Her exemplary courage can be a pointer that could change girls' lives in such a polyandry and bride buying society.

“With this film, Sumit Uday Films has tried to reach out to people around the world drawing their attention to support the movement of educating every girl child in India to secure a better future”, concludes Sumit Bansala.
Posted by Films & TV World at 8:00 AM