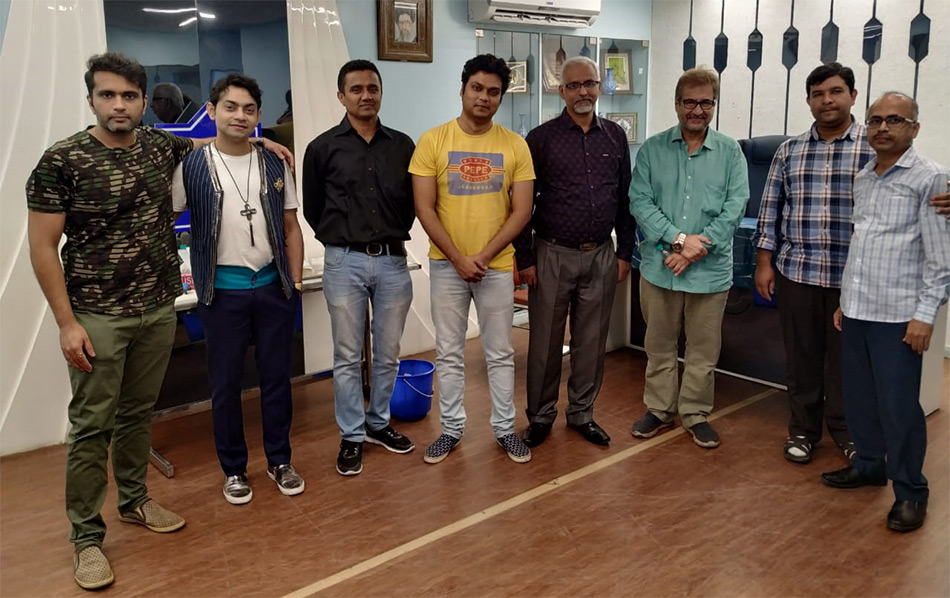 With a growing number of cultural, film based and other events are being cancelled as infections with the new coronavirus spread, Café Irani Chaii International Film Festival 2020 which started today preferred to downscale its festivities. Trying to constantly monitor the situation of the Corona Virus epidemic and keeping a low scale plan to keep the festival going, the CICIFF 2020 started on a low key today. Shifting from a bigger auditorium to the Culture House of the Islamic Republic of Iran, this strategy has actually been working for good as the festival had limited yet quality audience. 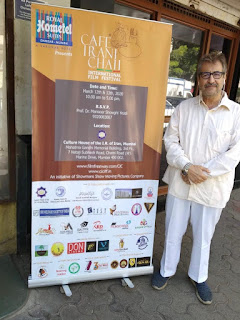 The festival started off today on a good note screening as many as 25 films from across the globe. The festival which is in its first year received more than 135 entries from across the globe including Iran, UK, USA, Turkey, Australia, Spain, Canada, Chile, China, Germany, Italy, Luxembourg, Malaysia, Poland, South Africa, Sweden, Syria, Zimbabwe and many other countries. With the Irani chai - a true fusion of Indo-Persian culture, Dr. Mansoor Showghi Yezdi, Chairman and Festival Director and also the vice president of the Indo-Iranian Friendship Society preferred to serve his film maker guests and audiences the specially brewed Irani chai (tea) and brun masko pao (a bread bun spread with dollops of butter) and other snacks. “This is our roots. I am a true chaiwalla [teaboy,]” says Dr. Mansoor who nicknamed the festival with the Iranian culture and his own café in Mahim, Mumbai.

Though the corona virus has just been declared a pandemic by the WHO today, Team CICIFF remained reasonably optimistic in the hope that the effects of the epidemic will not reach Mumbai and that they would not have to worry, but they were not oblivious either. Dr. Mansoor says, “Preparations to downsize the event and limit audiences in auditorium to even cancelling the grand Awards event over corona virus fears was not a decision we have taken lightly. This is an unprecedented situation, and given the vast amount of preparation that we had put into designing the festival, which was to be conducted on a big scale it was indeed a difficult but not a hasty decision. To us, the health and safety of our film makers, audiences, visitors and our team is our top priority, and working on the advice of our core team, we feel we have taken the best course of action.”

Although coronavirus has just been declared a pandemic by the World Health Organization, “instead of postponing the festival, we thought it would be best to downscale it and let it happen,” says additional Chairman and Festival Director, Mohan Das. “We thank all our participating film makers, sponsors and partners for their understanding at this difficult time. As our grand Awards event has been called off, the awards function followed by networking dinner will currently go ahead at the same venue where films are being screened in a low scale.”

The festival ended with the screening of the Iranian feature film “Daughters of Winter” with a promise to screen some more amazing films tomorrow the 2nd day of the festival. Presented by the Royal Hometel Suites (A Sarovar Group Venture) in association with the Culture House of the Islamic Republic of Iran, the Café Irani Chaii International Film Festival 2020 is happening in Mumbai at the Culture House of the Islamic Republic of Iran on 12th & 13th March 2020. The Awards event will be happening after the screening on 13th March 2020 in the evening followed by a networking get together.
Posted by Films & TV World at 10:59 PM