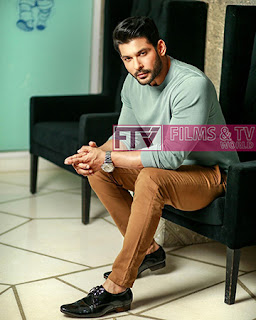 Popular television and film actor as well as Bigg Boss 13 winner passed away on Thursday. He suffered a massive heart attack in the morning, it is learnt. Best known for his role in the popular TV show Balika Vadhu, Sidharth Shukla was just 40.

The winner of Bigg Boss 13, Sidharth Shukla was a popular face of showbiz and has been a part of films like Humpty Sharma Ke Dulhania. Sidharth started his acting career with a lead role in the 2008 show Babul Ka Aangann Chootey Na. Known for his roles in daily soaps such as Balika Vadhu and Dil Se Dil Tak and Ekta Kapoor's Broken But Beautiful 3. He was also popular for his stints in reality shows such as Jhalak Dikhhla Jaa 6, Fear Factor: Khatron Ke Khiladi 7 and Bigg Boss 13 where he emerged as winner. He also hosted Savdhaan India for some time as well as India's Got Talent. He recently appeared on reality shows Bigg Boss OTT and Dance Deewane 3 with Shehnaaz Gill.

According to Cooper Hospital officials where he was brought in, it seems he suffered a massive heart attack in the morning. He is survived by his mother and two sisters. A true Mumbaite with family roots in Prayagraj (Allahabad), he completed his schooling from St. Xavier's High School, Fort and later graduated in Interior designing from Rachana Sansad.