The third edition of the Cotton City International Film Festival on Sunday awarded the Cotton City Excellence Kala Gaurav Awards to dignitaries and luminaries from all walks of life including the field of Indian Films & Television. Started in 2019, the award recognizes talents in various spheres including literature, music, films, social work, education, medicine, environment & climate networking and sustainability efforts. The awards were presented to people who have showcased amazing talent in their respective fields and have made a mark for themselves.

A signature program of the Cotton City International Film Festival, the glittering Cotton City Excellence Awards function was held at Hotel Holiday Inn Mumbai following valid covid protocols. While inaugurating the 3rd Cotton City International Film Festival in association with the Cotton City Excellence Awards, Festival Director & CEO Prashant Mankar expressed his inability to hold the function on a much bigger scale as envisaged due to the Maharastra government norms for combatting Covid. While he did sound a bit low on the same, but he expressed his happiness that public health is of utmost priority and that they cannot jeopardise the health of others. He also maintained that “We could honour these dignitaries by sending out their trophies by courier and avoid the function. But receiving an award in person is a great feeling as it gives the awardees an opportunity to share their stories of success and encourage others to strive for the best.” 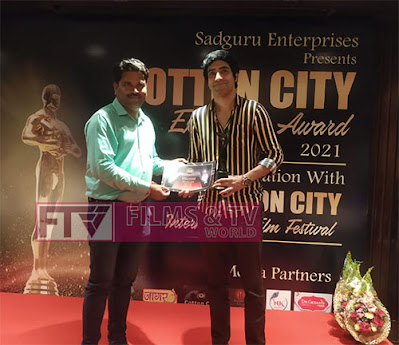 While renowned singer Vaishali Samant received the Cotton City Excellence Kala Gaurav Award for excellence in singing, renowned actor Krishna Bhatt received for his excellence in acting. An alumni of the National School of Drama, Krishna Bhatt is known for his wide portrayl of characters on films and television, especially the role of Eliza in Lapataganj. Music Composer Rahul B Seth was revered for his Music Video ‘Hum Hain Naari Shakti’ on women power that was released on International Women’s Day and sung by the talented Vaishali Samant. Actress Seema Bhatt received the Kala Gaurav Award for her excellence in acting histrionics.

On the film festival front, while Arfi Lamba received the Best Actor Short (Jury) Award for his role in the short film S(he), Rajpal Yadav received the Best Actor Award for Safaibaaz - the Scavenger in which he plays a manual scavenger. Renuka Shahane was bestowed with the Best Actress award for the short film Silent Ties. While the Best Actor (Short) went to Sanjay Kapoor for the short film Bedhab (Odd), the Best Short Film went to Vanita Omung Kumar for Ave Maria, the Best Social Film (Feature) to ‘Safaibaaz the Scavenger’ directed by Dr. Avneesh Singh and Best Actress Short (Jury) to Lin Laishram for ‘Ave Maria’ again. Sujoy Mukherjee won the Best Director Award (Short) for his film Zindagi Anmol Hai. The Best Short Film (Jury) award went to Ek Achchi Naukri directed by Anuj Bhardwaj while its actor Pulkit Makol took home the Certificate for the Best Actor. 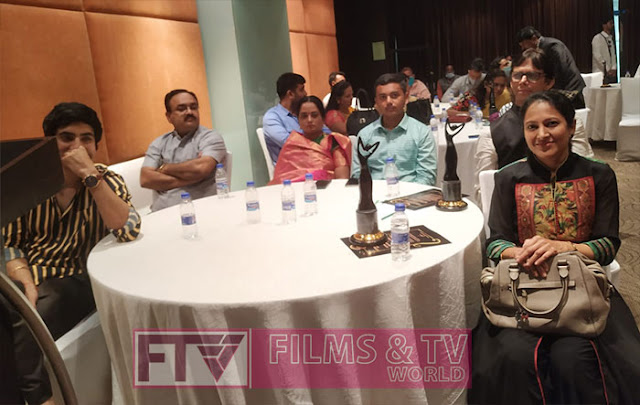 Addressing the august gathering, Festival Head & Chairman Jury Prof. Dr. Mohan Das said, “Many trained talented artistes and professionals go unrecognised. The Cotton City Excellence Kala Gaurav Award is definitely a motivation to such really talented and trained people and honour them for their wonderful work. Honouring them on a platform like Cotton City Excellence Kala Gaurav Award puts them and especially their work in the limelight as they go on with their lives doing something that they are really happy doing. The reason we wanted to conduct this awards function, no matter how small, is to honour such dignitaries for the fruit of the work that they had all put in and celebrate the little joys with them.”
“Agreed this was a very small function, but it also made me feel like a family function where all get to know each other and interact in a friendly manner, unlike the glitter of the big awards function. Yes, the Cotton City awardees are a part of the Cotton City family. Having said this, we wanted to conduct this programme in a responsible manner, following all the protocols to keep everyone safe. With a plan to go global, the next Cotton City Excellence Kala Gaurav Awards will be happening sometime in March 2022 either in Dubai or Bangkok,” concluded Prashant Mankar.
Posted by Films & TV World at 4:26 PM