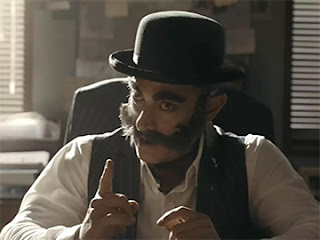 Deepsense Digital won the mandate for Walkaroo in the last quarter of 2021 and launched their much-awaited campaign. The campaign execution was to create hype around the TVC, create a buzz by asking the users to answer the right options, and drive the users to the TVC on YouTube.

The way TVCs were shot conveys the brand's purpose in a way that people can relate to. The TVC with its elements of quirkiness had a huge upside potential of going viral when combined with the right strategy. To create hype around the TVC, the brand created a buzz by asking the users to answer the right options and driving the users to the TVC on YouTube. It gave the impression of direct participation of the public and having a say in what Aamir spoke in the TVC scenes. People can #GuessKaroo on what the actor will enact in the following scenes through this promotion.

Winners of the campaign were gratified with Walkaroo coupon codes and answers were revealed by playing the full TVC on the pages.

The outcome of this campaign was a huge success, as it reached multiple people which helped us in mass consumer engagement and brand credibility. During the Facebook, Instagram and YouTube promotions, the company invested Rs 1 Lakh and gained an impressive ROI, and overall Facebook & Instagram achieved impressions of 24,17,521.