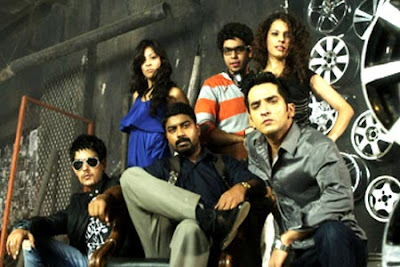 YRF is back with a bang with a unique concept - a story of five affluent youngsters and an honest cop who walk on the path of eradicating urban crime in the society. The first fiction launched on Sony this year. YRF's Khotey Sikkey is the story of an unlikely gang – five priveleged youngsters and one stubborn cop who manage to solve various crimes in an unorthodox manner but emerge victorious.
Set somewhere in a plush South Bombay night club a young 22 year old over doses on drugs. Somewhere else a drunken 20 year old runs over sleeping street dwellers. Somewhere else a small group of 18 year olds get into a rabid fight after a rock concert – the rich in the city are getting richer by the day – their crimes are getting more random & more uncontrollable – the cops in the city are not able to deal with it – they cannot relate to the rich youth – they cannot understand their problems & they cannot help them in any possible way. Not only can they not understand or relate to them but they are also unable to investigate these crimes thanks to the clout and connections the rich criminals have. And this leads to immense frustration in the police force.
Senior Inspector Damodar Deshmukh is one such frustrated, honest cop who is unable to deal with the aggravation of having unsolved cases which remain unsolved because of the various obstructions that the rich are able to put in the path of his investigations. But what is one lone cop to do? Specially when he has no access to the worlds of the rich – in fact he has no access into their minds either. As he puts it, he can still understand crimes which have a motivation of hunger, greed, need – crimes committed daily by the poor, the dispossessed, the homeless. But he cannot understand why the rich, priveleged people commit crimes. And he cannot understand how to deal with it. That is until the day five young criminals with priveleged backgrounds land up in his police station lock up.
Hameer Rizvi, Uttara Bakshi, Mohit Kishenchandani, Ayush Khetarpal and Dilnaaz Shroff are five youngsters who have been arrested for various offenses ranging from drunken driving and internet hacking to theft and arson. Deshmukh’s simmering anger and annoyance at yet another manifestation of the crimes of the rich and priveleged turns to an inspiration which prompts him to use these youngsters to solve his current case – a seemingly pointless crime by an annonymous criminal who seems to belong to their background. He uses the threat of prison to convince them to help him gain access into the world of this criminal.
The five reluctant youngsters embark on this adventure initially to save their own skins but over a period of time they the reasons change going from sheer enjoyment to a sense of purpose to loyalty for Deshmukh who ultimately becomes a mentor.
YRF team has shot for the show in real-life situations and atleast the initial episodes have come out well. But it does carry a strong essence and influence of YRF's earlier venture "Powder". This is not only due to Hasan Zaidi and Vikas Kumar playing a role once again here after Powder, but the track and the shot takings as well as the story movements are more or less on the same lines - atleast that what seems in these initial episodes aired on the small screen till now. 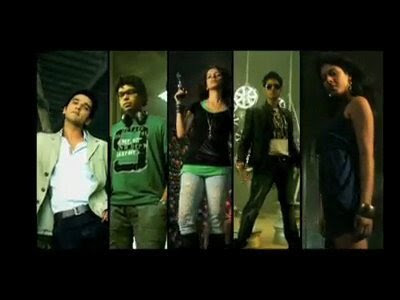 Khotey Sikkey has Hasan playing the character of Mohit who is a complete alcoholic, and a street car racer. He is one character who buries a lot of anger within him, as his girl friend is in coma due to a mishap that he committed earlier. Then you have Puru Chibber who essays the role of Hameer Rizvi who is an out and out gambler. Dilkush plays the role of Delnaaz who is totally into drugs. Sukhmini Sadhana plays Uttara who is a typical recluse and does not like to be in a company. Mark Parikh essays Ayush who is a computer hacker. The role of the honest yet adamant cop is played by Vikas Kumar who was also earlier seen in Powder.
This product from YRF appears right now appears to be the hottest property on Sony Entertainment Television, and we are sure viewers would love it, especially the genx as its a far cry from the usual stuff of dance remixes n saas bahu rona dhona aired on all channels all the time...
Posted by Films & TV World at 9:20 AM