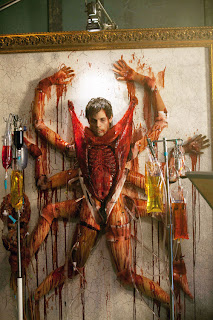 PVR Pictures, the biggest independent distributor of Hollywood movies in India, is all set to bring the suspense horror film ‘The Collection’ to India. A sequel to the 2009 movie ‘The Collector’, ‘The Collection is set to release on 14th December in India. The movie is directed by Marcus Dunstan and stars Josh Stewart (The Dark Knight Rises), Emma Fitzpatrick (The Social Network)& Lee Tergesen (Red Tails) & Christopher McDonald (Requiem for a dream).

Made by the writes of SAW IV, V, VI & VII, ‘The Collection’ is a twisted tale of Elena who is taken by her friends to a secret party at an undisclosed location. She never imagined she would become the latest victim of The Collection, a psychopathic killer. The Collector kidnaps and transports her to an abandoned hotel which he’s transformed into his own private maze of torture and death. Upon learning of his daughter’s disappearance, Elena’s wealthy father hires a group of mercenaries to retrieve her from the vicious grips of The Collector. 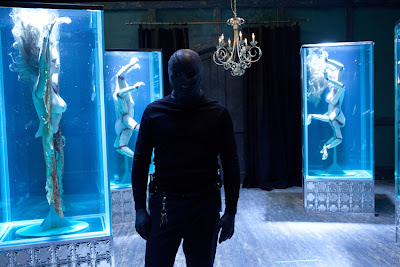 Commenting on the release of the movie, Mr. Kamal Gianchandani, President, PVR Pictures said,“The Collection is a swift horror thrill ride which PVR Pictures is presenting this December. It is definitely going to shock the audience as it relies heavily on chilling moments and some slick horror visuals.”

Established in 2001, PVR Pictures is the flagship film production and distribution arm of PVR Ltd. and is the No. 1 independent Hollywood Film Distributor in India.  Since then, the company has distributed more than 250 plus titles. PVR Pictures releases nearly 20 films theatrically every year. Led by its passionate promoters Ajay Bijli and Sanjeev K Bijli, PVR Pictures has distributed award-winning films like The Iron Lady, My Week with Marilyn, Ides of March, The Tree of Life, Biutiful, Drive and popular titles like Step Up 3D, Haywire, Breaking Dawn, New Moon, Red and The Rum Diary.
Posted by Films & TV World at 6:31 PM