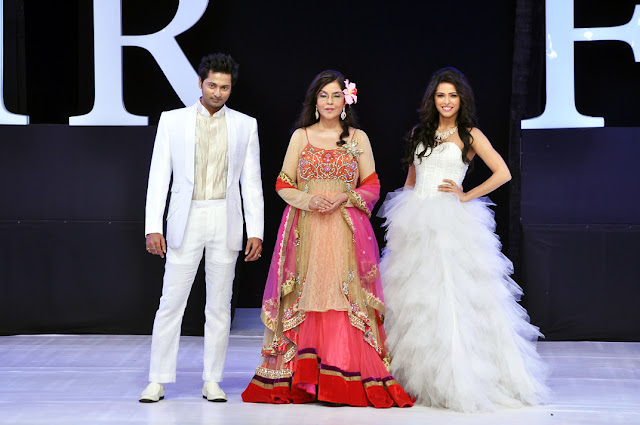 The young, energetic and gorgeous onscreen couple Bhoop & Madhurima looked their best in white whereas the vivacious Zeenatji charmed the evening in Riyaz Gangji’s layered skirt with a loose structured jacket highlighting the theme shimmering sand in subtle sand colors with a twist of pink for the bride grooms mother, aunt, etc.

Riyaz’s collection was christened as Shimmering Sand which took inspiration from a renowned book ‘The Sound of Waves’ by a Japanese author ‘Yukio Mishima’. The designer perfectly emulated the same romance strikingly in his creations highlighting the soothing energies emitted from the sun kissed beige sand and the blue sea. Garments flowed into heavier adorned flowy gowns with tails, saris with sensuous bikini blouses adding a touch of shimmer with golden and subdued color tones minimally embellished with appliqué work and sprinkled with crystal stones. Men’s line consisted of Indian wear with a contemporary twist in forms of pathani’s, jackets and bandhgala’s aesthetically accessorizing with chappals, sandals and jute bags. 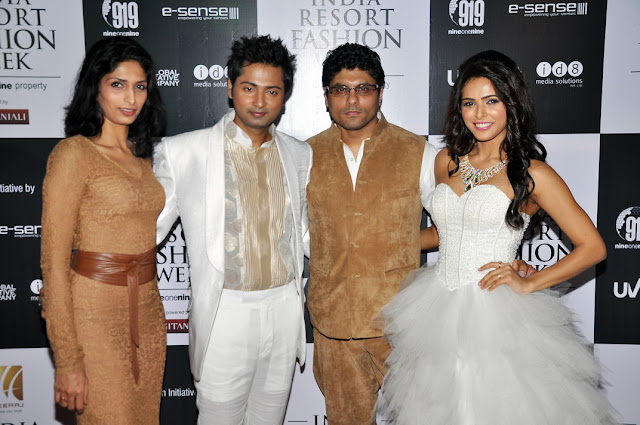 Zeenat who has made her comeback of sorts is soon to be seen in Sanghamitra Chaudhary’s “Strings of Passion” where she plays mother to debutante Avalok Nagpal. Speaking about her role on the occasion, Zeenat Aman says that in this film she plays kind of a Dragon Mother though on a subtler levels. She is the kind of a mother who controls her young son when to do what and how to lead his life, which eventually has severe repercussions in the young son’s life and he eventually commits suicide.

Bhoop Yaduvanshi and Madurima Tuli are the lead star cast of the soon to release romantic thriller ‘Cigarette Ki Tarah’. The young romantic and glamorous lead of the film proved apt to the collection by scintillating the ramp and mesmerizing the audience with panache and elegance. Their movie is geared up for a 14th December release and promotes anti-smoking. 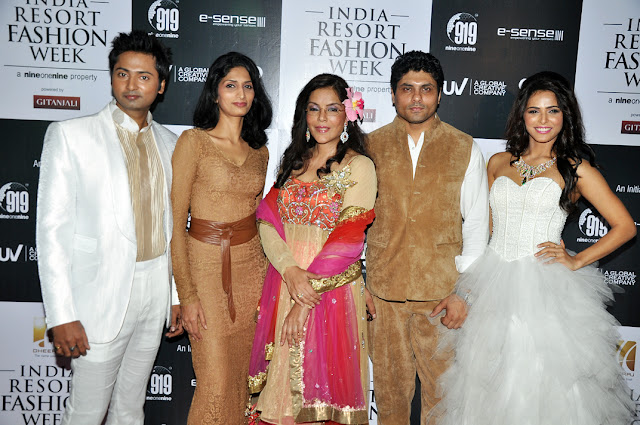