Michael Jackson: The Magic, The Madness, The Whole Story now in Marathi 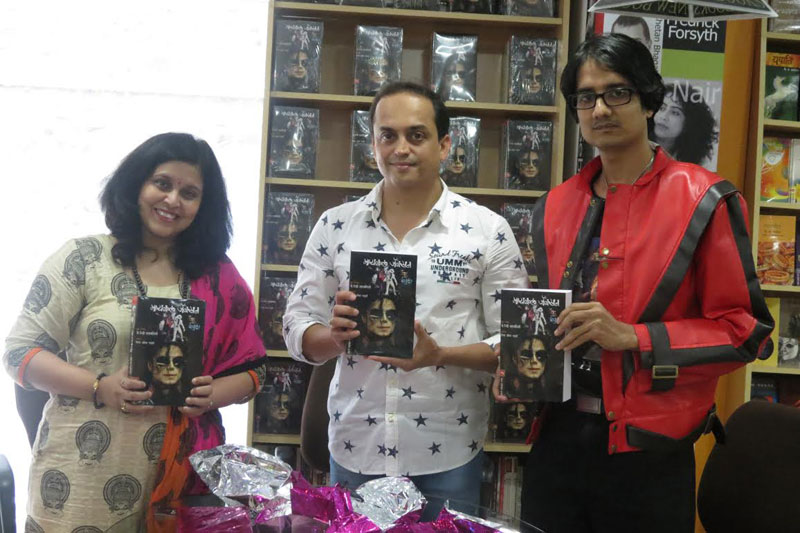 Here is some good news for Michael Jackson fans. The ultimate biography of Michael Jackson: The Magic and the Madness by J. Randy Taraborrelli’s is now available in Marathi. On the occasion of the 6th death anniversary of the ‘King of Pop’, Mehta Publishing house released the book titled ‘Michael Jackson: The magic, the madness’ for his fans.

The book has been translated into Marathi from English by Mrs. Reshma Kulkarni-pathare and released at a ceremony by well-known Marathi poet, singer-songwriter, copywriter Mr. Sandeep Khare, Founder of the official Indian Michael Jackson Fanclub Mr. Nikhil Gangavane & the translator of the book Reshma Kulkarni today at Mehta Publishing House.

Sharing his thoughts on the occasion, Mr Sandeep Khare said, “As an artist I also loved listening to Michael Jackson songs. His greatest achievement was not that he was a brilliant performer, but the fact that his art was understood and lauded by millions across the globe, cutting all cultural and geographical boundaries.”

Nikhil Gangavane, Founder President of The Official Michael Jackson said “what can be a better tribute for Michael Jackson on 25th June…Legend come and go…some live forever. Michael Jackson is one of the legends whose showmanship cannot be surpassed by any other artist. From music, dance, to philanthrophy, he was the best in whatever he did.

According to the book’s translator Reshma Kulkarni, before translating this book, she always believed that Michael was an over rated star. “But after I started translating the book, I realised that not only was Michael a powerhouse of real talent, but also, his histrionics were, more often than not, his way of pleading to the world to treat him as normal,” she said. One never saw the reasons(s) behind his weird behavior. His was a childhood traumatised by a demoniacal father, a family trying to make him slog so they could piggy-back on his success and riches, so-called friends who only held his hand till he was on the top and then betrayed him.

According to her, this book is a must-read to understand how a world-famous star should be and also should not be. “I would go as far as to say that it is a good guide for parents aspiring for celebrity-hood for their children. They would certainly do well to read this book to understand what ‘not’ to do, so as to help their celebrity children carry the weight of success,” Kulkarni said.

“As publishers we thought Michael Jackson’s real life story should reach his fans so that they know who the real was Michael Jackson was,” said Managing Director of Mehta Publishing House.


The original book Michael Jackson – The Magic & The Madness was authored by J. Randy Taraborrelli. He is the foremost authority on Michael Jackson and is the only New York Times best-seller about Jackson. First published in 1990, the book was a runaway success. Taraborrelli updated the book for the foreign marketplace four years ago in an edition that was nominated for a W.H. Smith Literary Award in the U.K.
Posted by Films & TV World at 9:28 PM