From acting to direction and now as Lyricist, Abhijit Sinha comes a long way 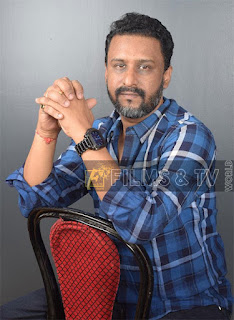 “Talent only shines when you explore it beyond your comfort zone as you never know what destiny has planned to offer for your efforts,” says actor-director Abhijit Sinha who has come a long way from working with many multinational giants to debuting as a Lyricist with his maiden song Wo Pal. But he is “excited” about all that life has currently to offer.

After proving his mettle in acting and direction and winning numerous awards for his acting and direction prowess in International film festivals across the globe, Abhijit recently debuted as a lyricist with Wo Pal. Teaming up with another bunch of talented individuals for this song, it was only amidst lockdown that he found his calling in writing poetry  and lyrics. Well known music duo Swanand Purandare and Niranjan Jhaveri has given music along with a new upcoming and promising singer Hridraj Roy who has lent his soulful voice for the song. He is a talent to watch out for.

Featuring Deepashu Pathania and Aditi Dhadich and released on Dulset Records, Wo Pal reminds one of the 90s Indie-Pop era, which the team is keen to revive again through their songs. One of the best romantic Indie-Pop number of this season, this beautifully conceptualized video is also directed by Sinha. Talking about the indie music scene, Abhijit says “During pandemic with the popularity of a multitude of audio streaming platforms, people have started listening to all sorts of music and indie music also received a lot of acceptance. As for penning the lyrics, it was an amazing, incredible experience. But if I'm being honest, during the pandemic we were all singing something positive and uplifting at this time. And the words of Wo Pal just started flowing in.”

Despite the rave reviews that he has garnered for the songs, Abhijit makes it clear that he does not want to pursue song-writing as a full-time career, but only as an outlet for his creativity. “My heart and soul lies in acting and direction,” he said. So here’s wishing Abhijit and team All the Best for the song. In case you haven’t watched it, here you go..