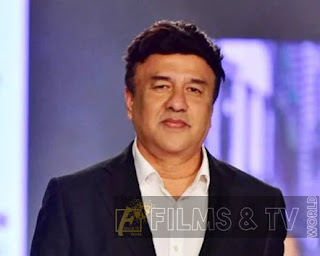 The ongoing Tokyo Olympics is much in the news not only for India starting its innings by Mirabai Chanu getting home a medal but also for Anu Malik. Now one might wonder what Anu Malik has got to do with Tokyo Olympics. Not directly but yea he is in the news for all the wrong (or is it right) reasons.

Yesterday 1st August Israeli gymnast Artem Dolgopyat made history when he won the gold medal for the floor exercise in the Tokyo 2020 Olympics – Israel's first Isreal's first Olympics gymnastics gold. After he was presented his medal, the country's national anthem - Hatikvah - was played in his country’s honour. Immediately, music lovers realised that the anthem sounded similar to the Ajay Devgn starrer Diljale's song Mera Mulk Mera Desh. And Twitteratis had a field day as they accused Anu Malik of plagiarising Israel's national anthem for a Bollywood song.

Meanwhile, this isn't the only case of plagiarism in Bollywood that has come to light recently. Last week, Twitter users noted that the song Zaalima Coca Cola from Bhuj: The Pride of India, starring Nora Fatehi, sounded similar to a Pakistani song sung by Noor Jehan for Chan Te Soorma.

After Bappi Lahiri, Anu Malik has been often ostracised for plagiarising music followed by Preetam. Songs like Kaho Na Kaho, Dil Mera Churaya Kyun, Nasha Ye Pyar Ka Nasha Hai and Neend Churaya Mera are some of the songs that mostly know has been lifted from International tunes.  However, very few are aware that Anu has even gone to the extent of lifting a popular Baluchi language song that was created as the election campaign song of Benazir Bhutto. Yeah, you read it right. He simply recreated the music and had a chart buster on his hands. The song Julie Julie Johny Ka Dil Tumpe Aaya Julie sung by him and Kavita Krishnamoorthy for Jeete Hain Shaan Se is actually a rip off of Benazir Bhutto’s election campaign song.