Get a dose of Beaches, Cops, Drama and Action in Hawaii FIVE-0 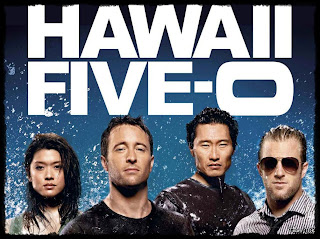 BIG CBS PRIME, the leading English entertainment channel from BIG CBS Networks is making sure that you have a rollicking time on weeknights by bringing an all-new season of Hawaii FIVE-0. The smashing series from CBS International is a police procedural drama show. Hawaii FIVE-0 is a contemporary take on the classic series about a new elite federalized task force whose mission is to wipe out the crime that washes up on the Islands' sun-drenched beaches. The show is all set to launch on 13th February and will be shown from Monday to Thursday at 9 PM.
Hawaii FIVE-0 has been rated no. 1 series around the world – Singapore, Malaysia, Philippines, Brazil, Mexico and other countries in APAC and South America. It also won the "Favorite New TV Drama" at the 37th People's Choice Awards in Jan 2011.
In keeping with its promise of offering the latest seasons of programming, BIG CBS PRIME will also be airing sophomore season, which is currently underway in the US.
Hawaii FIVE- 0 starts with the return of a detective Steve McGarrett, a decorated Naval officer-turned-cop to Oahu to investigate his father's murder and stays after Hawaii's Governor persuades him to head up the new team: his rules, her backing, no red tape and full blanket authority to hunt down the biggest "game" in town. Joining McGarrett is Detective Danny "Danno" Williams, a newly relocated ex-New Jersey cop – a working man in paradise who prefers skyscrapers to the coastline – but who's committed to keeping the Islands safe for his 8-year-old daughter; and Chin Ho Kelly, an ex-Honolulu Police Detective, and former protégé of McGarrett's father, wrongly accused of corruption and relegated to a federal security patrol. Chin's cousin, Kono Kalakaua, is a beautiful and fearless native, fresh out of the academy and eager to establish herself among the department's elite. McGarrett, repairing his relationship with his estranged sister Mary Ann, vows to bring closure to their father's case, while the state's brash new FIVE-0 unit, who may spar and jest among themselves, is determined to eliminate the seedy elements from the 50th state.
Watch Hawaii FIVE-0 launch on Monday, 13thFebruary, 2012 only on BIG CBS PRIME at 9 pm
Posted by Films & TV World at 10:39 AM