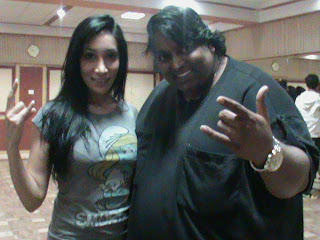 The sultry British-Asian model Sofia Hayat known to dress up in outlandish outfits is all excited for an Item number in the upcoming movie “Jeena Hai Toh Thok Daal”. This is the first time Sofia will be doing an item number in Bollywood. She expressed her delight today on a popular social networking site. The song will be by choreographed by none other than Ganesh Acharya who is behind some of the most popular dance numbers of our generation.
Sofia tweeted “So excited. Tonight my first rehearsal with ganesh for my item number”. She later tweeted “First rehearsal with Ganesh Achareya for my first ever itm number, how excited am I!!” Sophia Hayat is also starring in a Hindi movie, Diary of a Butterfly, which releases in March this year.
Rash Productions’ “Jeena Hai Toh Thok Daal” is a hard hitting gangster movie set in Bihar and Mumbai. It will be a great to see if she can live up to Ganesh Acharya’s expectation who has previously given us massive hits like Chikni Chameli and Beedi.
Jeena Hai Toh Thok Daal is a movie which shows horrid realities of the underworld crime as well as the changing times of Bihar state. The movie stars Ravi Kissen, Hazel, Sharat Saxena, Murali Sharma, Rahul Kumar and Yashpal Sharma. The movie is directed by the first time director Manish Vatsalya.
Posted by Films & TV World at 10:27 AM