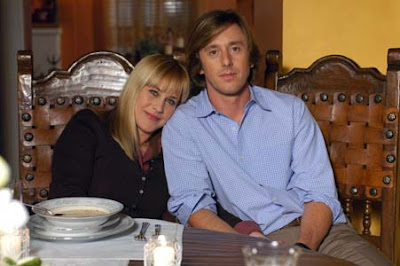 BIG CBS LOVE, the Diva Destination, is all set to launch critically acclaimed American Supernatural Drama series ‘Medium’ for the first time in India. The new series will hit the Indian TV screens from today June 11 at 9pm from Monday to Friday.

Medium is a drama inspired by the real-life story of Allison Dubois, an extraordinary young wife and mother who, since childhood, has struggled to make sense of her dreams and visions of dead people.The series stars Emmy Award winning actress Patricia Arquette, who will portray the role of Allison Dubois. On the show Patricia will play the role of a wife and mother of three who is trying to understand her natural intuition about people and her ability to communicate with the dead. Allison works as a consultant to District Attorney Manuel Devalos, where she uses her abilities to solve brutal and horrible crimes that puzzle Phoenix police and others within the criminal justice system. Hollywood actor Jack Weber has played her husband’s role on the show. Allison’s daughters Ariel, Bridgette and Marie all have inherited their mother's abilities to see the past and future events in their dreams.

This show launches in keeping with the impending digitization supporting campaign from Reliance Broadcast Network called - ‘Choose Your Set-Top-Box Wisely’, designed to increase awareness and empower consumers with adequate information to make the right choice while choosing their set top boxes while parallely enabling operators to build their brand equity. Reliance Broadcast Network has seven robust and well crafted channels and is ready to benefit from the digital wave.
Posted by Films & TV World at 11:38 AM