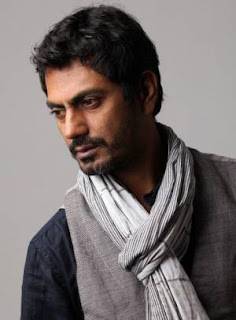 Yes, Nawazuddin Siddiqui the fiery implosive actor who lately made a resounding impact as an intelligence officer in Kahaani, is going places. On the anvil is his bunch of films which has catapulted him to fame on the international circuit as well. Yes! Right in his films from Patang to Miss Lovely to Gangs Of Wasseypur, he is seen everywhere on the festival circuit from the Ebertfest to the Cannes film festival. But that doesn’t say he is only a serious art house actor as his next commercial is also set to release soon. Yes, he will be seen in a pivotal role in Talaash with Aamir Khan.

The unassuming NSD trained actor from a small village in Uttar Pradesh who has got a jampacked year ahead is now signed for a NRI production. Playing second lead to none other than Irfan Khan, Nawazuddin Siddiqui was signed for an astronomical 40 Lakhs confirmed an insider. The film which is totally kept under wraps starts shooting soon at various locations in London. An actor to be watched for, Nawazuddin has just completed shooting for a road movie Liar, Dice with Malayalam actress-filmmaker Geetu Mohandas and is also doing Anurag Kashyap's assistant Shlok Sharma’s film.


Nawazuddin is all set to be seen as a dreaded gangster in Amit Kumar's Monsoon Shootout which has Tannistha Chatterjee, Vijay Verma and others. He had earlier done Amit Kumar's short film The Bypass way back in 2003 which won rave reviews at various international film festivals.
Posted by Films & TV World at 1:21 PM