Mohan Kapur walks out of Zero Line : The Journey to Wagah 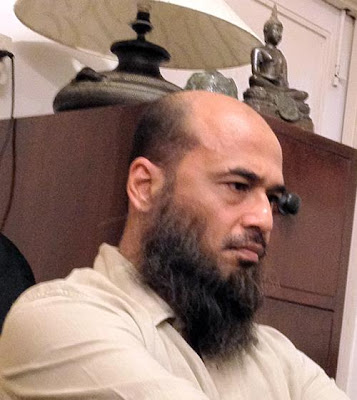 Mohan Kapur who was recently seen as a minister being seduced by the leading lady Paoli Dam in Vikram Bhatt’s erotica thriller “Hate Story” was all gung ho about playing a jihadi fundamentalist in Amar Chitra Productions “Zero Line: The journey to Wagah”. Directed by debutante Gagan Puri, “Zero Line: The journey to Wagah” is based on the director’s own novel “Black Night: The Journey to Wagah Border” based on Indo-Pak relations as well as throws some startling revelations on Bhagat Singh’s life.

Mohan who was always keen to experiment with his looks was all keen to do this role as he felt this role would give him something new to experiment with, said an official on condition of anonymity. He was supposed to be playing a beardie jihadi fundamentalist who indoctrinates young guys in the name of Jihad and doesn’t mind issuing orders to kill if they found anyone who didn’t toe their line.

The shoot is going on at various locations at Nagpur with Manjot Singh, Brijendra Kala, Rehan Tamta and others. However, this being an entirely new production house, mismanagements reigned supreme as neither the contracts were signed nor the travel arrangements made in time. Frustrated by these turn of events, Mohan Kapur eventually walked out of this production at the last moment.

The film has songs by Jaaved Ali and its music is composed by Raj Verma. Apart from Manjot Singh, Nidhi Jha, Brijendra Kala, Rehan Tamta and Sandeep Mishra, the film has Nandita Puri and Deepti Naval in pivotal roles.
Posted by Films & TV World at 12:56 PM