The 15th edition of the Mumbai Film Festival; the premier film festival of the country organized by the Mumbai Academy of Moving Image (MAMI), will sport a new look. Just as the ever evolving art and industry of cinema, Mumbai’s most eagerly awaited cultural event has grown in both size and power over the years. To represent this fact and the strong association with the most important centre of the Indian film industry, the festival has created a new visual identity.

The icon is a contemporary and edgy interpretation of the city’s iconic monument, the Gateway of India and is a carefully crafted homage to Mumbai’s art deco era of talkies. The new identity is fluid with a dazzling array of colours, each one representing a particular category at the festival while at the same time reflecting the diverse cultural mosaic of the financial capital of India. The logo by which the festival will be known is a rendition of the coveted Golden Gateway Award, the premier award recognizing the best film at the festival, to give it a familiar albeit modern feel. 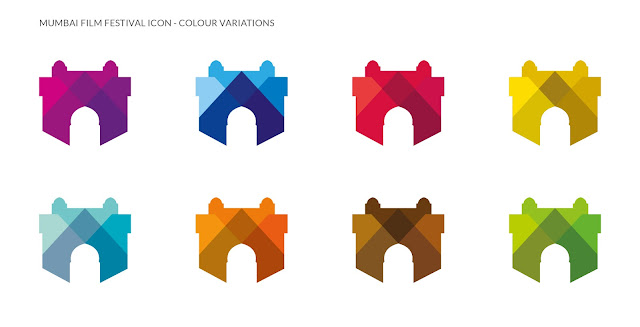 Speaking on the occasion, Mr. Shyam Benegal, Filmmaker and Chairman of MAMI, said, “This year we have an exciting new logo that incorporates both the city of Mumbai and the iconic gateway of India."

Commenting on the new logo, Festival Director Mr. Srinivasan Narayanan said, “The festival has evolved into one of the most important film festivals in this part of the world, showcasing the best cinema from all over the globe. The new logo stands for the dynamic and fluid integration of the iconic with progress and evolution which I cannot wait to share with the world.”