Prabhudeva to launch the song on his app - Prabhudeva 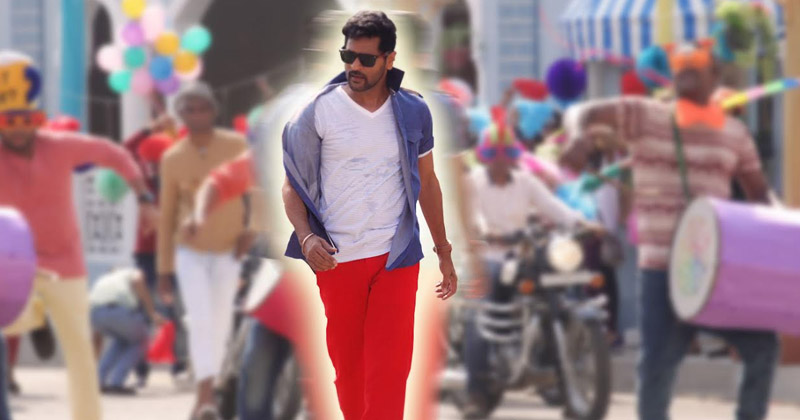 Prabhu deva is surely scorching the stage with his innovative efforts. He is known for introducing highly specialized dance movements and international standard choreography to Indian. After winning accolades as choreographer he became a successful hero and even a sought after director later. What makes him click is his efforts to be different. Yes, now the acor dancer director has launched an app on himself. The app will contain all the details about Prabhu deva and will keep fans updated about all the latest news and updates relating to the dancing sensation.

Besides giving updates about Prabhu deva’s latest movies, shooting schedules, among others, interesting details about his personal life are also available on app. Fans can even watch and listen hit numbers of PD.

Now to add to the excitement, the songs of Vashu Bhagnani's next project Tutak tutak Tutiya staring Prabhudeva, Sonu Sood and Tamannaah is all set to launch the biggest song of year "Chal Maar" today on hisdigital app name Prabhudeva. Creating just the right amount of noise amongst Cinephilia's, the songs of the film are already chartbusters and keeping the buzz alive dancing God Prabhudeva. The song is said to be the biggest dance number of the year where Prabhudeva will be seen shaking his leg with Amy Jackson.

After Mukabala, Ke Sara Sara and ABCD series i wanted to do something on the same level in the song Chal maar. It fun, its peppy and it is my favourite song in the film. I wanted to launch this song on my personal app and I am happy that I am doing it. I hope people like it." Says Prabhudeva.

The Prabhu deva app can be downloaded from Google Play store.