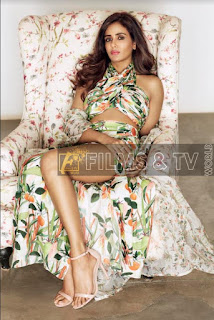 She went down memory lane and recalled how much the whole team supported her & the loved she received from audiences for Jessie. The Multi talented #ParulYadav's 2016 film Jessie completes five years this month. Jessie was the fist  horror film of actor Parul Yadav, which got her lots of appreciation and love from the audiences for her performance & styling in the movie #Jessie.

The talented actor Parul Yadav was on top of her game in 'Jessie' and went on to deliver one of the best performances to date. This was my first (and only!!) horror film and getting possessed in the movie ranks amongst the toughest things I had ever had to do!!

'Jessie' worked on many levels at the time of its release and did average on box office but its got great response and engagement when it came on satellite. Audiences not only love her performances but also love all her sarees and the outfits she carried in the movie. The film was a commercial success and critical acclaim for its interesting treatment of a triangular love story. The talented actress and fitness enthusiast Parul Yadav who always keep her fans and followers entertained with her social media posts has recently shares a heartwarming post & some movie glimpse on the occasion of 'Jessie' completing 5 years of release.