Why director Aarambh Singh has taken only Priya Banerjee from Bekaaboo Season One?? 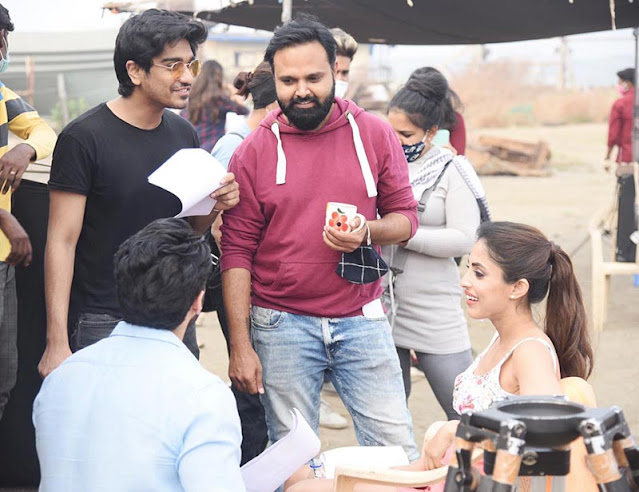 Actor's Director Aarambh Singh was seen impressing the audience with his magical direction in his recent series Jamai2.0 and won many hearts and given the stupendous success of the second season of  Jamai 2.0 along with the star cast.

Aaarambh who always likes to try different genres and give best to his audiences with his hard work has come up with psycho-thriller Bakaaboo-2.  Bekaaboo 2 will be the 2nd venture of collaboration for Priya Banerjee and Aarambhh Singh who was the director of Jamai 2.0 and now Bekaaboo 2.

ALTBalaji decided to make season 2 of Bekaaboo after the immense success of season one. But the director Aarambh had carry forwarded only Priya Banerjee from the previous season to this. Priya who became the talk of the town for her performance in Bekaboo will be seen playing one of the main keys for the show.

Sharing his experience and bonding with Priya ,Aarambh says, “When Bekaaboo season 2 came to me to direct of course I had to watch the first season to understand the story and characters. And that’s when I saw Priya Playing the character of Kashti.. She totally stood out in the series .. and simultaneously I was prepping for Jamai 2.0 so I suggested that we should try her out for Aahana character in Jamai. She did a fab job and we got a good understanding as a Director Actor duo. Bekaaboo season two while we changed most of faces it was out of question to change Priya because everyone loved her. From the first season she was the highlight of the show. And she has killed it one more time. Back to back working with her has been one hell of an experience and while Jamai 2.0 has already done big numbers and is a superhit, I am dead sure that Bekaaboo will do well.. She is pretty lucky for me..