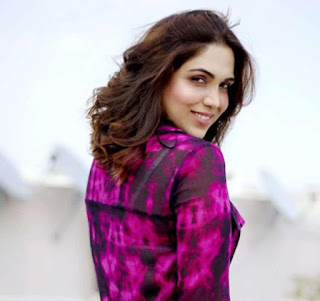 Actress Shwetta Parashar who got immense popularity after the makers of the movie ‘Suicide or Murder’ introduced her as the lead character ‘The Troublemaker’ on social media, is all set with the release of her new Telugu movie ‘Alanti Sitralu’. It’s a story of a prostitute ‘Pallavi’. The teaser of the movie has been released and it is coming on the floor on the 2nd week of April.

“My character Pallavi is a 40 years old prostitute. She has simple desires. Will society allow a prostitute to fall in love? Will she be able to live her dreams?” asks Shwetta Parashar.

“Being from North India (New Delhi) I didn’t know Telugu language at all nor I knew how different the cultures were until I started prepping for the film. Being from theatre, I always prefer the more organic way of expressing and that’s what my director wanted. The moment I started learning lines, I was heartbroken because I knew I couldn’t pronounce it the way it was supposed to be. It was very difficult for me to remember the lines since I didn’t understand the language back then when I started shooting for this film but the team was so supportive and encouraging that now I can understand the language way better than before.” Shwetta Parashar