Article 377 has helped evolve many to come out in the open. And the same can be said of movies that are churned out of Tollywood (Kolkata) and especially with director Rituparno Ghosh who is enjoying his new found actor status to portray gay roles effectively on screen - albeit in other director’s films. But this time, he has stretched it a bit too far as he is not only the actor but also the story, screenplay and dialogues along with the lyrics come from this director. After debuting in the Bengali film “ Ekti Premer Golpo”, this time he is seen in Sanjay Nag’s directorial debut “Memories in March”.


It seems so that when Rituparno Ghosh authored the script of “Parapaar” on another angle of relationship, the producer duo Mahendra Soni and Srikant Mohta of Shree Venkatesh Films suggested that a new innovative film-maker direct it. Rituparno then suggested Sanjay Nag - a friend of his and an experienced film-maker with a lot of Television films under his belt to do it. It naturally goes without saying that Sanjay asked Rituparno to play the central character. Renowned actress Dipti Naval (who is hardly seen these days) was signed for the mother's role along with Raima Sen who plays the third central character of the film. 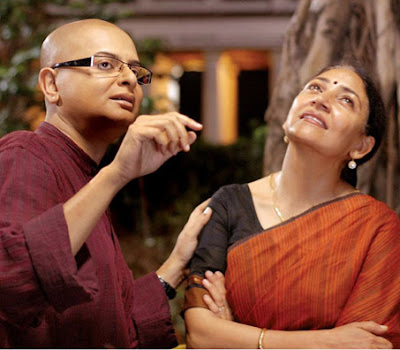 A fresh start to a unique experimentation of sensitive new-age films, Parapar become “Memories in March” is a trilingual film with smatterings of English, Bangla and Hindi and subtitles running throughout. The film is all about emotional archiving and an attempt at understanding homosexuality without choosing to dwell on it, either in a comic vein or in a shock-and-awe tenor, like “Dunno Y.. Na Jane Kyun?”
Memories In March (MIM) is all about the things people leave behind and the way in which their loved ones try to recompose them in their hearts. The film is about a bereaved mother Arti (Deepti Naval) who comes to Kolkata to finish of the last rituals of her son Siddharth who has passed away in an accident. During her stay in her dead son's office apartment laden with memories and her constant interaction with his office colleagues (his only family in the City), she for the first time comes to understand the ghastly truth that her son was a gay and that he had a lover Arnab (Rituparno Ghosh). She is not only dumbstruck by this news but is unable to come to terms with it, considering the conventional Indian mother that she is. The film also dwells on the society at large that typical Indian families are yet to come to terms about one’s son's sexual orientation and echoes the common belief that homosexuality is a psychological disorder that can be cured with counselling and medication. 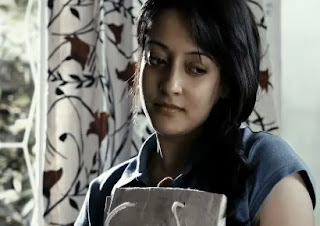 Here during her stay, she also meets Sahana (Raima Sen) and discovers her relationships with the late Sid, whom we meet only through letters and a voice-over. Shahana, unlike Arnab, is practical, sensible and far less caught up with emotion. Even though her own feelings for Aarti's son are almost as intense, yet she even tells Aarti about her long-standing crush on Siddharth and doesn’t mind sharing the news that she was rejected.
Looking at such films, at times one does wonder whether the film was made to cater a story to the audiences or just to show their artistry to bag a few awards at some remote film festivals around the globe. What one fails to understand from this movie is what did the director - actor cum story writer - duo wanted to establish through MIM. While on one end Arati’s moral values may be traditional, her personality is decidedly modern and more liberated than most women and this is strangely contrary to the story.  It thus becomes a bit more difficult to come to terms with this story which could have otherwise been a brilliant and poignant tale of relationships. 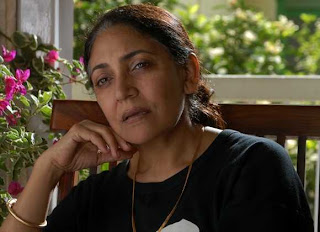 This Nag and Ghosh attempt at understanding homosexual relationships seems forced and contrived. Moreso, Deepti Naval’s character as the conventional mom is unconvincing as her moral values are too traditional, but her personality is decidedly modern and more liberated than most women and this is strangely contrary to the story. Moreover, the pace of the film is very slow and can put you off as it keeps dragging. Though Deepti Naval is thoroughly convincing as the mother, yet her role did not shape up well due to bad story telling and direction. The brilliance shines in bits and parts and in the solo scenes where her gestures tell more than words ever could.
What also makes us wonder why Ghosh is keen to go the Mahesh Manjrekar way trying to be an actor to be in the limelight. Ya, even Mahesh like Ghosh had taken to acting after delivering some duds in the name of cinema. Ghosh should perhaps understand that he is better off behind the camera and not in front of it. As the gay lover who has to confront his lover’s mom with the fact that they had a relationship that she wasn’t aware about, this was an author backed role. Any good performer could have been the star here, but being a non-actor that Ghosh is, his acting not only looks artificial but his mannerisms turn out more theatrical than necessary and when confronted with an actor of Ms. Naval's class, he falls even flatter than he may otherwise have.
In short, this is one film that is good only in bits and pieces, but will somehow fail to live upto audience’s expectations. In any case if you happen to miss this movie, it shouldn’t be a big deal as this film is far below to even stay in your Memories till next march…
Kolkata Correspondent...
Posted by Films & TV World at 2:09 AM