The Tiger, Nawab of Pataudi and Father of Saif Ali Khan passes away 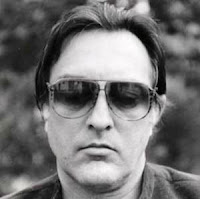 Former Indian cricket captain and father of Saif Ali Khan and Soha Ali Khan - Mansoor Ali Khan Pataudi passed away this evening.  The former Indian cricket captain “Pataudi” was suffering from severe lung infection and was put on very high level of oxygen support requiring intermittent Bilevel Positive Airway Pressure (BIPAP). After investigations, he was found to be suffering from interstitial lung disease, a condition in which the passage of oxygen to the two lungs is less than normal.
Smashing six centuries and 16 fifties in his career, Pataudi was regarded as one of the finest Indian captains. He played 46 Tests for the country, scoring 2793 runs for an average of 34.91 with an unbeaten 203 being his highest score. We deeply mourn the loss. May god rest his soul in peace..
Posted by Films & TV World at 7:34 PM