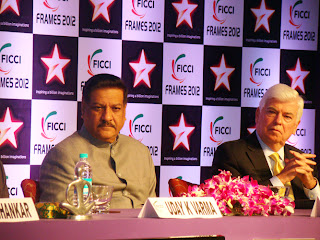 The Union Ministries of Information & Broadcasting (I&B) and Tourism propose to set up a Film Commission to put in place a single window clearance mechanism for film shooting in India to replace the current requirement of multiple on-ground permissions and clearances that results in huge loss of potential revenues to the   film, tourism and ancillary sectors. The two ministries have also signed a MoU to work together to promote India as a global film shooting destination.
This was stated by Mr. Uday K. Varma, Secretary, Ministry of I&B, while addressing the inaugural session of the three-day FICCI FRAMES 2012.

Mr. Varma said that in order to combat piracy in the film industry, there is an urgent need to have an effective legal mechanism and creation of public awareness about the effects of piracy on the economy. “We therefore propose to carry out an all-encompassing multi-media campaign during the 12th Plan period involving all stakeholders from the film and music industries,” he said.
The Ministry will also provide assistance in training programmes and workshops to sensitize the police, judicial and administrative officials about the Copyright Act. In addition, Mr. Varma said, “We will aim at facilitating research on the effects of piracy, as well as the development and implementation of public-private strategies to combat piracy.” 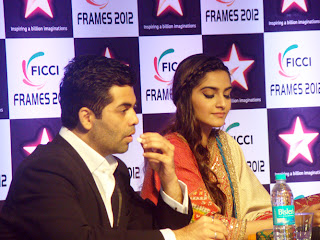 Earlier, Mr. Prithviraj Chavan, Chief Minister of Maharashtra, announced that his government was creating new centres for film shooting in the state; the first such centre will come up at Kohlapur where entrepreneurs would be provided with lots of financial incentives.
Mr. Chavan said that “the Maharashtra Government would protect any creative work that is within the framework of law and will not allow fascist elements to thwart creativity.”
He also   assured the film industry that its concerns over policing on film locations, the high levels of entertainment tax and stamp duties was receiving close attention of the government. The Chief Minister released the FICCI-KPMG Indian Media and Entertainment Industry Report 2012; FICCI-Amarchand Lawbook and ‘Positivity: The impact of television on India’ by The Indian Broadcasting Foundation. 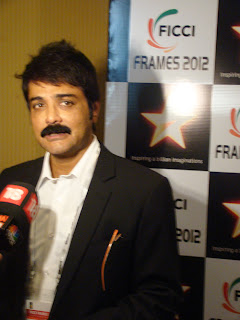 The Union Government, on its part, remains committed to time-bound to digitisation of the broadcast chain, especially the cable television distribution chain. The I&B Ministry has notified the dates mandating digital addressable transmission in phases, beginning with the four metros which will switch over to digital transmission on July 1, 2012. The entire country will go digital by December 31, 2014. “This will address a plethora of issues facing the television industry, such as addressability, carriage fees, audience measurement and consumer choice. This will have a long term beneficial impact for all players, increase transparency in the sharing of distribution revenues and help improve both the quality and variety of content,” Mr. Varma said.
To celebrate 100 years of cinema in India, the Government of India, in cooperation with the film industry, proposes to line up a host of activities between May 3, 2012 and May 3, 2013. It also proposes to present a tableaux of ‘100 years of Indian Cinema’ at the Republic Day parade next year.
He said that in view of the vociferous demand for lending professionalism in the conduct of the International Film Festival of India (IFFI), the Ministry is in the process of setting up a new organisation to make IFFI a landmark international event. 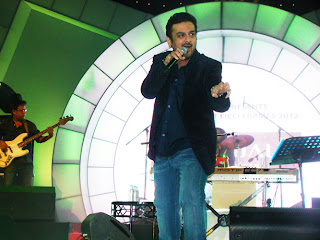 Mr. Varma also announced the Government’s proposal to set up a National Film Heritage Mission to safeguard and salvage India’s celluloid history by undertaking frame-by-frame picture and sound restoration of more than 2,500 films that are an important component of Indian film history. In Addition, the Mission, with a budget of over Rs 500 crore, would also look at constructing preservation vaults to international standards for archiving restored material, and for conducting workshops and training to further consolidate the processes of restoration, preservation and archiving.
Senator Chris Dodd, Chairman, Motion Pictures Association of America, underlined the urgent need to protect content. “When content is stolen, 95 per cent of the people who contribute to the vitality and success of a film are adversely affected”, said. Quoting an Ernst & Young report, he said, movie theft contributes to a loss of US$ 1 billion annually and threatens the jobs of half a million people.
Mr. Uday Shankar, CEO, Star India & Chairman, FICCI Broadcast Forum, expressed concern at industry’s lack of preparedness to transform or find new business models for the digital media. With universal digitisation, he cautioned, broadcasting business models which are built on centralised creation and distribution of content and even a centralised advertising revenue model will come under huge pressure. He called for a clear policy to enable multiplicity of beams and splits that would be a powerful trigger of content and revenue opportunities. The inaugural session that flagged off with Film maker Karan Johar, Co-Chair, FICCI Entertainment Committee and Dr. Rajiv Kumar, Secretary General, FICCI ended on a high note by Singer Performer Adnan Sami enthralling the audiences
Posted by Films & TV World at 11:08 AM