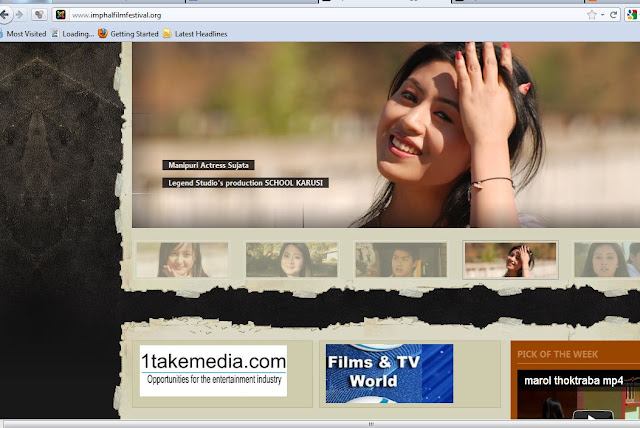 The Legend Studio, Film Forum (Manipur)  and Action for Social Advancement  (ASA) is all set to organize the First ever Imphal International Short Film Festival 2011 from April 15-18, 2012 in Imphal, Manipur. With plans to screen short films from within and outside India, ASA is inviting interested filmmakers to send their entries for the festival till March 31, 2012.
Submissions are open to all language films of all genres (fiction, animation, documentary, experimental, music video or other) from any nation of the world. However, all non-English foreign films / regional Indian films must have English sub-titles. Ideally, the short films should not exceed beyond 30 minutes duration.
For equality of opportunities, whatever formats the original film is shot at (film, analogical video, digital video, animation), all the films will be evaluated in the same standard digital format. Along with the film, three stills of the film and a 60 second promo of the film should be sent for promotional activities.
The festival will showcase the world’s best contemporary short films in this north east part of the region and has decided on 9 different categories including Best Short Film, Best Direction, Best Screenplay, Best Actress, Best Actor, Best Cinematography, Best Editing, Best Musical Score and Three Special Mention (Critic Choice) films under which the short films will be awarded. Its heartening to inform all our readers, friends and well wishers that "Films & TV World" is the "Media Partner" to this First Imphal Short films Festival 2012.


For more more details, visit www.imphalfilmfestival.org
Posted by Films & TV World at 12:05 AM