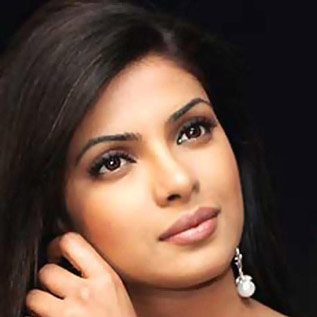 Beating several top-notch Bollywood actresses including Kareena Kapoor, Aishwarya Rai and others, Priyanka Chopra is all set to be crowned as the most glamorous diva by television channel CBS in Mumbai. The decision was based on the ratings given to her by fans and the film fraternity through the contest 'Big Love Show' that was conducted by television channel CBS. The survey covered all aspects of her like style, acting skills and fan following.
The 29-year-old along with several Bollywood actresses who was seen competing for the coveted title was a bit amazed at first. "I am being crowned now, after Miss World and Miss India, I never thought I will go again into a pageant and be crowned, but it feels awesome and I almost for a second got as nervous as I was during Miss World and thank you so much for this," Priyanka said.

The DARRRRRLING of the masses and the industry wallas, beautiful, talented, multi-faceted Priyanka Chopra has often worn many a hats. From carrying the Miss World crown & responsibilities on her young teenage shoulders to rubbing shoulders with the top actors of Bollywood… Hrithik Roshan, Salman Khan, John Abraham, Abhishek Bachchan, Akshay Kumar, to Badshah of Bollywood Shah Rukh Khan who is completely in awe of her and has created a niche for herself among her fans, well wishers and the industry where she has found name, fame, and fortune.


Priyanka Chopra, who became a global celebrity at very young age, thanks to winning the beauty pageant she took to films like a duck to water! She laughed her way to award functions with élan, she teamed up opposite Bollywood’s biggest and brightest stars, made friends with all… and is known to be one of the most well spoken actresses in the industry today.

For someone who has been able to carve a niche for herself in the industry despite not having any godfather is outstandingly remarkable. Priyanka says, “It’s a real achievement for somebody like me as I am not from this industry. I started working when I was 17 years old. I came to Bombay with stars in my eyes and hoping that I could be the best and when your fans believe in you, it really feels that if I can do it, anyone can do it, because I am just like them. I am exactly who she is, she is a working girl and I am a working girl and you know it almost feels like a certain sense of acceptance," she said.
Posted by Films & TV World at 4:33 PM