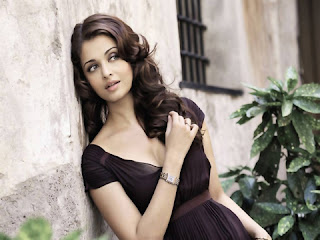 She has given every Indian a reason to be proud. Hers is the face that launched a thousand products both in India and in the international circuit. Her beauty and popularity crosses geo-political boundaries.That’s Aishwarya Rai Bachchan, the Queen of Hearts, the new celebrity mother in town, and one of the contenders on BIG CBS Love’s India’s Glam Diva who is basking in her new challenging role.
Aishwarya is listed in the top 5 as one of The Most Trusted Cinema Personalities and is the only actress in the list. More than just being an actress; this Diva has positioned herself as a brand ambassador for her country and a face that has become synonymous with beauty and prosperity. She’s one of the few celebrities who have handled every crisis in her life with utmost dignity and poise. Whether it was the highs or the lows, she’s always held her own. Much before she was crowned Miss World, she wanted to become an architect .Said she:”I was studying to be an architect and films were just another career option.”Well, it was perhaps the architect in her that helped her built her beautiful empire today!
As one of the top Divas of India’s Glam Diva on BIG CBS LOVE, she is someone who is an open book to all her fans and admirers. There’s nothing about Aishwarya that is a secret from her admirers. Yet we bring some excerpts from some commonly asked questions to her:
On why she participated in the Miss World Pageant in 1994: “For me, it went beyond being a beauty queen. For me, it was about being the 20-year-old girl from India on international platform and a lot of people actually would assume that I wasn’t even educated in India because of the way I’d speak. And they’d be like, ‘Have you studied in India? Do you actually speak English out there?’ and, I was like, ‘This is so interesting that so many people know so little about my country.’ and this is exactly what I wanted to do when I set out on this little mission in my head.”
On her moving from architecture to films: “I was studying to be an architect. I wasn’t plotting to join movies. Films were just another career option. I took acting up with the same school girl enthusiasm as I had for examinations. Acting is a job and I take it seriously.”
Playing Umrao Jaan: It was a demanding emotional journey .When a story takes that course it is following an entire arch, it goes through all possible emotions. The process was satisfying, inspiring and challenging. It forced me to deliver my best.”
On her character in Dhoom: 2: “It’s the kind of character I have never essayed before. Sunehiri, my character in the film, is distinctly different from any other character you have seen me play. That’s what makes her exciting to me. For the first time in my life I went through a bit of a fitness regime. Contrary to popular belief, right since modeling, to the (Miss World) title, to films, I have never been a fitness freak or exercised.”
On donating her eyes: I’m just average woman with average concerns. People know me more because of my eyes. So, I decided to donate my eyes. But before that, I acquired all the information about the campaign. Within what time after death one has to donate eyes, and all other information. Only then I decided to donate my eyes. It’s not that just for doing something, I donated my eyes. I found that useful so I did it. I like to do social service from my heart. Whatever is possible I do, but I don’t speak of that? But I would like to give more time to it in the near future.’’
On being on the list of Time magazine’s 100 Most Influential People in the world) “It’s undoubtedly an honor. It feels great that I was a part of this remarkable group,” said Aishwarya on that occasion.
On being voted as the most beautiful Bollywood star in Hollywood: Wow! The most bankable Bollywood Star in Hollywood! Thank you. I must confess that any acknowledgement of hard work makes me feel content. In all humility I want to thank all those who feel I am bankable.
Aishwarya Rai Bachchan continues to be the most watched & talked about star in the industry. Her marriage, pregnancy, motherhood, first public appearance post motherhood… every move has the entire nation wanting to know more. There’s no end to people’s eagerness to know about this iconic star.
Stay tuned to India’s Glam Diva, on Sunday, March 18 at 9 pm to get up close and personal with Aishwarya Rai Bachchan, only on BIG CBS Love.
Posted by Films & TV World at 10:36 AM