The Indian Film Festival of Los Angeles (IFFLA) will be honouring Eros International Head Kishore Lulla and Sundance Institute's Michelle Satter and Alesia Weston at their prestigious 5th Annual Industry Leadership Awards (ILA). Kishore Lulla, Group Executive Chairman of Eros International, the largest fully integrated film and Entertainment Company in India, has been instrumental in spearheading the growth of Eros International Group. Since the 1980's he has expanded the company's presence in the UK, USA, Europe, Middle East, Australia, Fiji, and other international markets. He is a member of the British Academy of Film and Television Arts (BAFTA) and also a board member of the University of California, Los Angeles Film School (UCLA). In 2010 Lulla and his family created the Eros Foundation to aid in children's education in the poorest regions throughout India.
"It is an honor for IFFLA to bestow its highest accolades to such distinguished executives of the entertainment community. They were selected for their vision, leadership, and unique contributions to the educational, business, and creative arenas not only related to Indian cinema, but the film community as a whole," says IFFLA Board member Noel De Souza. "In addition we are thrilled that three of Hollywood's most highly regarded talents join us for the 2012 Industry Seminar. We cannot wait for them to share their inspiring stories while enlightening and encouraging the fledgling filmmakers in our audience," adds De Souza. 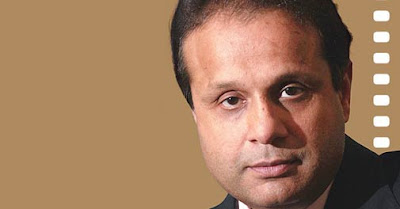 Lulla commented, "The past few years we have witnessed an emerging popularity of Indian cinema outside of the Country. Eros is proud of its role in bringing this culture, its creativity, and energy to audiences worldwide. IFFLA has been a major component in elevating the presence of Indian cinema in the US, especially within the entertainment industry, and to be recognized by such a prestigious festival is truly an honor."
Michelle Satter is the founding director of the Sundance Institute's Feature Film Program. As part of the Leadership Team, Satter has been one of the chief architects of the Institute's programs since 1981. Through the Feature Film Program, a year-round program of Lab residencies, artist granting and the project support continuum, she has supported the ground-breaking and award-winning filmmakers Benh Zeitlin (BEASTS OF THE SOUTHERN WILD), Sean Durkin (MARTHA MARCY MAY MARLENE), Kimberly Peirce (BOYS DON'T CRY), John Cameron Mitchell (HEDWIG and the ANGRY INCH), Quentin Tarantino (RESERVOIR DOGS), Paul T. Anderson (HARD EIGHT) and Darren Aronofsky (REQUIEM FOR A DREAM), among many others. Satter was responsible for establishing the Institute's international initiatives in Latin America, Europe, and the Middle East. Most recently, Satter along with Alesia Weston developed Sundance Institute's multi-faceted collaboration with Mahindra, which includes the annual Sundance Institute Mahindra Global Filmmaking Award and the Mumbai Mantra/Sundance Institute Screenwriters Lab in India. She has served on the Boards of the Independent Feature Project, MAISHA, and Equinoxe.
Alesia Weston leads the international work of Sundance Institute's year-round Feature Film Program. She oversees the Sundance/NHK Award, the Sundance Institute/Mahindra Global Filmmaking Award and selects international filmmakers for the Institute's Screenwriters and Directors Labs (Andrea Arnold with Red Road, Hany Abu Assad with Paradise Now and So Yong Kim with Treeless Mountain).
Under her leadership, the International program has worked to build infrastructure in other regions to support filmmakers locally. Through Sundance's Middle East Film Initiative, she's worked closely with the Royal Film Commission of Jordan to establish RAWI Middle East Screenwriters Lab, now in its 8th year. Additionally, she spearheaded and led the Sundance in Tel Aviv and Sundance in Istanbul Screenwriters Labs. Weston initiated and along with Michelle Satter, developed Sundance Institute's multi-faceted collaboration with Mahindra which just launched the first Mumbai Mantra/Sundance Institute Screenwriters Lab in India.
She is part of the core team at Sundance working on Film Forward: Advancing Cultural dialogue, a partnership between the Institute and the President's Committee on the Arts and Humanities. She serves on the Advisory Board of TorinoFilmLab and the Jerusalem International Lab.
Filmmaker and journalist Ahmed Lateef will receive a Lifetime Achievement Award at this year's ceremony. Originally from India, he began his film career in California in 1951. Since the late sixties, Lateef has been a member of the Hollywood Foreign Press Association, the Films Editor's Union (IATSE Local 776), and the Directors Guild of America.
To be presented at a Gala Luncheon today on Thursday, April 12, 2012, at the world famous House of Blues Los Angeles, the Awards will be presented by Teri Schwartz, Dean, UCLA School of Theater, Film and Television, Noel De Souza, HFPA & SAG member, screenwriter Howard Rodman, and David White, National Director, Screen Actors Guild. Critically acclaimed composer/vocalist/double violinist Gingger Shankar will perform excerpts of the multi-media performance piece, "Himalaya Song" which premiered earlier this year at the Sundance Film Festival.
IFFLA also announced this year's Industry Seminar "Aiming High: The Personal Journeys of Three Indian-American Industry Leaders". The panelists are Universal Television Production Head Bela Bajaria, and producers Sunil Perkash (SALT) and Adi Shankar (THE GREY). The seminar will be moderated by actor (Royal Pains, Friends with Benefits, The Namesake) and IFFLA board member Rupak Ginn.
SUNIL PERKASH is an independent producer whose credits include Disney's smash hit Enchanted (Executive Producer), which grossed 340 million worldwide; the supernatural thriller Pre-monition (Producer), starring Sandra Bullock and Julian McMahon, for Tri-Star Pictures; and the New Line Cinema romantic comedy Blast from the Past (Executive Producer), starring Brendan Fraser and Alicia Silverstone. He most recently produced the blockbuster SALT starring Angelina Jolie, which grossed 300 million worldwide. He is currently developing a sequel to Salt at Columbia pictures, as well as Timeless at Relativity Media with Phillip Noyce set to Direct and Liam Hemsworth to star.
BELA BAJARIA, a veteran network and cable television executive, was named Executive Vice President, Universal Television in August 2011. Bajaria, oversees creative programming for one of the country's largest and most successful television studios, which is responsible for such hit series as "30 Rock," "The Office," "Parks and Recreation," "House," "Law & Order: Special Victims Unit" and "Parenthood." In addition, the studio produces such new series as "Smash," "Grimm," "Whitney," "Up All Night," "Bent" and "Best Friends Forever."
ADI SHANKAR, co-founder and co-chairman of boutique movie studio 1984 Private Defense Contractors, has quickly made a name for himself by producing a string of studio-level, filmmaker-driven action movies. These include last year's acclaimed Machine Gun Preacher, and the Liam Neeson-starrer The Grey, which opened number one at the US box office this past January. Shankar's upcoming 2012 releases include the long-awaited Judge Dredd reboot, Dredd, and Andrew Dominik's Cogan’s Trade, starring Brad Pitt.
The Industry Seminar will take place Sunday, April 15th, 11:30 a.m., at ArcLight Hollywood. For the uninformed, the Industry Leadership Awards first premiered at IFFLA in 2008. The Awards were created to recognize the achievements of industry executives who have had a substantial and personal impact on the creation and distribution of Indian themed content globally and have led the expansion of the entertainment and media industry in India.
Posted by Films & TV World at 7:52 PM