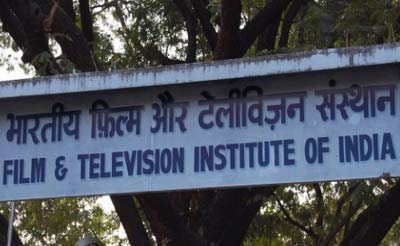 The Film and Television Institute of India (FTII) has signed MoUs with leading film schools in Europe, that will facilitate a greater number of student and faculty exchange programmes in the coming months. "Efforts are on to streamline exchange programmes and research-based activities for our students. We will also foresee a larger number of foreign students visiting FTII throughout the year," said Sarah Cyriac, coordinator of outreach and research at FTII.
MoUs with the prestigious EIC TV or National Film and Television school, Cuba and FAMU in Prague have already come through. "These are two upcoming opportunities wherein these film institutes have agreed to accept faculty and students for an exchange programme from FTII in the latter half of this year," Cyriac said.
"Currently, 12 MoUs are active with FTII and four new were added recently to the list. We hope to add ten new MoUs this year. These MoUs are meant to help us and partner institutes fill academic gaps in our respective curricula and effect content contributions and academic practices, too," Cyriac said.
A MoU with Art University College of Bournemouth in UK will be signed very soon. Also, a MoU signed with Queensland University of Technology (QUT), Australia, late last month will provide FTII access to this institute's content.
"QUT is an institute devoted to modern media practices. So the exchange programmes with them will help FTII give a boost to areas like new media, research and animation. We also have access to all their content and use it at FTII, especially for developing our foundation course," she added.
The exchange programmes will cover students from courses like cinematography, sound, editing, direction, acting, art direction and production design, scriptwriting, animation, film appreciation and research. Funds are being worked out for these programmes. FTII chairman, Saeed Mirza and director, DJ Narain, recently met with members from the Information and Broadcasting Ministry, for the very purpose.
"We have requested a budget of around Rs 7 to 8 crores for the next five years for FTII's outreach, innovation and research-based programmes. The chairman and I will be attending the Cilect Congress, a conference of worldwide cinema institutions, in Cape Town late-April, to network with potential partners for our exchange programmes," Narain said.
In early February, the FTII faculty met together and developed a list of 50 new potential partners in the form of film institutions worldwide, to partner with. "The FTII had conducted exchange programmes based on MoUs in the past, but on an ad hoc basis. Now, we have identified some of the best film schools and universities from all over the world for exchanges and efforts are on to pursue MoUs with them," Narain said.
Research-based exchanges are also on the cards. A research-based MoU with the University of Tubingen, Germany will be signed by the FTII sometime this September. "This will facilitate faculty and student exchanges for research-based methodology. In the absence of full-fledged research facilities at FTII, we receive proposals from various institutes who have students interested in spending time in India doing film-related research. FTII provides them this base to do that research and also nominates supervisors for them," Cyriac said.
Posted by Films & TV World at 2:39 AM