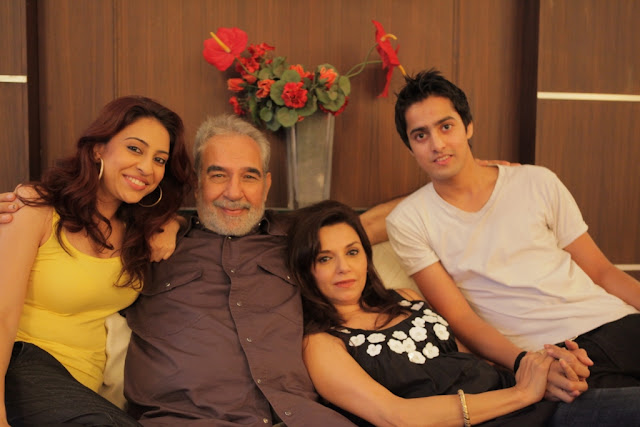 After the prestigious screening of “Chittagong” by Bedabrata Pain yesterday, Prashant’ Nair’s “Delhi in a Day” is scheduled to be screened on Saturday 14th April. The film which was screened at the MAMI (Mumbai International Film Festival) in October and also at the Houston Indian Film Festival will now be screened at this prestigious IFFLA (International Film Festival of Los Angeles).
Directed by Prashant’ Nair, this film is about a typical, rich Delhi household which includes six domestic helpers, and how the arrival of a ‘foreign’ guest brings out the real human beings in this happy-go-lucky bunch. It is also about stereotypes and prejudices, not only in India but also about India. You find the gang amusing although it is difficult to connect with them on a personal level as there are so many characters. But you definitely fall in love with some of them, like Rohini, the vivacious maid, the wise and witty grandfather, and Jasper, the foreign visitor. 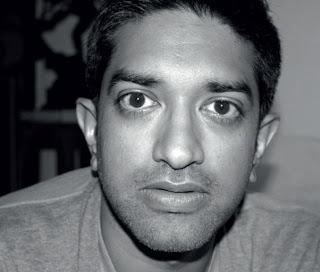 Though an Indian, Prashant Nair was extensively traveled and stayed mostly out of India during his growing up years. The film, Delhi In A Day, is his first brush with making a Hindi movie. Interestingly, he is not very well conversant with Hindi, yet when it came to film making, he has gone ahead and has made a film in that language. “In a way, its like coming to your roots” opines Prashant when asked at the MAMI festival what made him do a Hindi film. "Although I have lived in Paris and other parts of the world all my life, I have always been fascinated by India - its mysticism, tradition and culture. And I wanted to weave a story around this country. That is how the plot of Delhi In A Day germinated." He also spoke about his experiences of shooting the film in Delhi – the Nation’s Capital. “It was a memorable experience for me, and a lot of people asked me if Delhi could be captured in a day? My answer to them was - Certainly not! But, as I said, I have tried to show all I could,” said Prashant.
The film brings Jasper, a young idealistic Brit to Delhi who comes to find the 'real' India. Instead he is planted in the home of the uptight Ghambir family who fancy themselves the highest elite. A budding artist, Jasper is drawn to make a portrait of the beautiful Rohini, making her feel important and self-aware. But when Jasper's money goes missing, his sentiments and naiveté take a drastic turn. His questioning turns the entire fragility and balance of the home upside down as assumptions are made and fingers are pointed.


Though this is not a nonsensical comedy, its punches are amusing. Contrary to perception, Delhi In A Day is not a dark comedy but it does have a message: Who says you have to make cheesy films to make people laugh? This dark romantic comedy echoes the finest of a Jane Austin style understanding and humor of the class of politics in today’s India. The film won the Audience Choice Award at the Houston Indian Film Festival.
The film stars Lee Williams, Lillete Dubey, Kulbhushan Kharbanda, Anjali Patil, Vidya Bhushan & Victor Bannerjee.  Its original music score by the brilliant Mathias Duplessy sets the mood just right. This film offers some beautiful shots and neat cinematography. And, finally, Prashant Nair has roped in some amazing talent from the National School of Drama and the performances are not disappointing.
Posted by Films & TV World at 5:36 PM